A major annual scheme to replenish Lincshore beaches gets underway this month, reports the Environment Agency.

The EA’s flagship Lincshore scheme involves dredging sand from the seabed and pumping it onto the beach, replacing levels lost to the sea during the winter.

According to the agency, this year’s £6.8 million project will begin Monday, 24 April at Boygrift. Over the next 6 weeks, beaches at Trusthorpe, Mablethorpe, Ingoldmells, Trunch Lane, Wolla Bank, Chapel Six Marshes and Huttoft will be replenished.

Mark Robinson, senior coastal adviser at the Environment Agency, said: “The beaches take the brunt of the waves’ energy, which would otherwise impact on coastal defenses such as sea walls. Storms and large waves are more frequent during winter months, leading to erosion of the sand from these beaches.”

Robinson added that replacing the sand helps extend the life of the sea defenses – defenses that reduce coastal flood risk to more than 30,000 homes and businesses, 19,000 static caravans and 35,000 hectares of land.

This year, around 350,000m³ of sand will be dredged from designated areas 20km offshore. The dredger used will be the HAM316, which carries about 10,000 tonnes of sand at a time. Additionally, the equipment used to move sand on the beach has the lowest carbon footprint of its class. 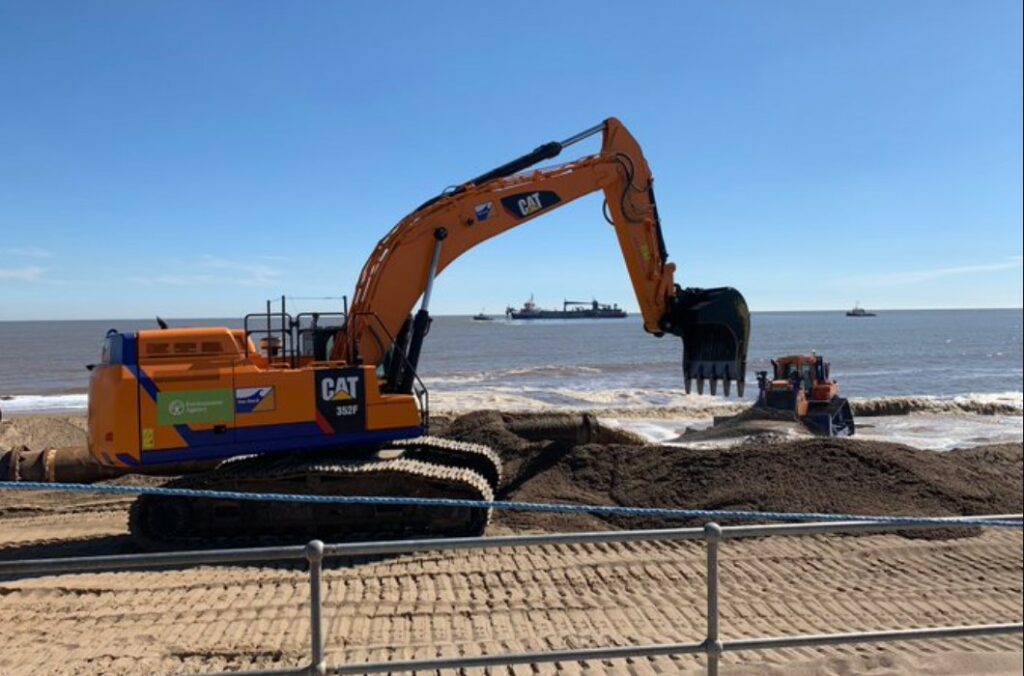