Royal IHC has released a video showing the construction and launch ceremony of the 8,000m³ TSHD SHANTI SAGAR 17.

This is the first of two Beagle 8 TSHDs for Adani – the second (SHANTI SAGAR 18) is scheduled to be launched in July 2017.

Each Beagle 8 is equipped with IHC’s Trailspeed Controller (TSC) and Eco Pump Controller (EPC). Developed in-house, the TSC ensures a constant speed while dredging, which leads to higher average production results and greater levels of consistency.

The EPC reduces excessive cavitation as well as wear and tear, and fuel consumption. 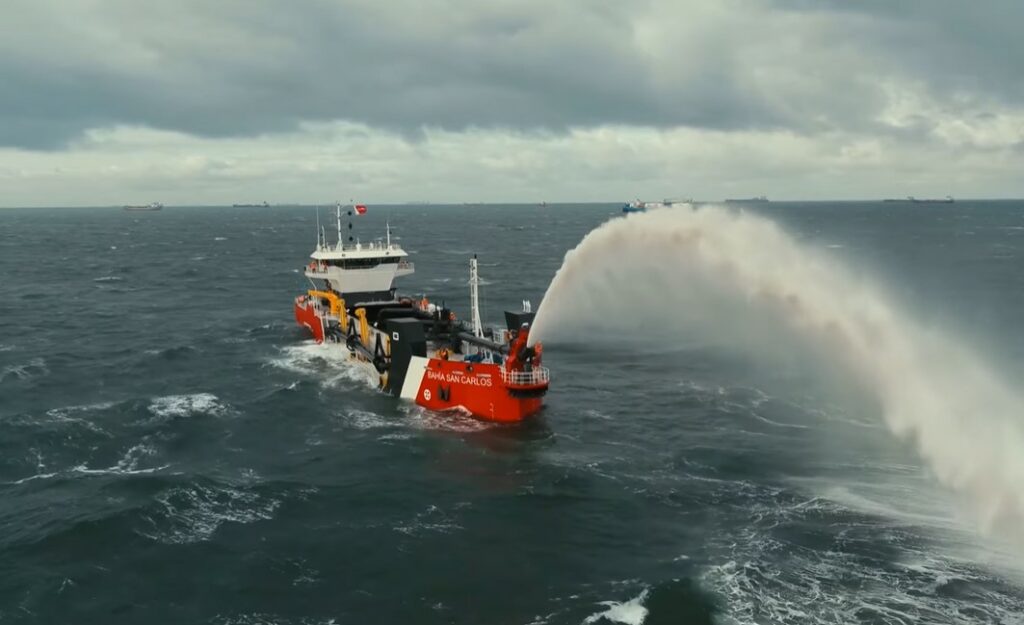