The U.S. Army Corps of Engineers, Charleston District, is currently installing a Geotextile Fabric at the Clouter Creek Disposal Area with the main goal to increase strength of the base of the dike foundation.

This work will allow for increased resiliency and the capability to raise the elevation of the dike in the future in order to store more dredged material.

The project marks the life cycle phases of the Clouter Creek Disposal Area that is managed by USACE’s Charleston District.

The life cycle begins with dredging, which is when mud and sand, also known as dredge material, is sucked from the bottom of the Cooper River and transported through a pipe and pumped into the disposal cells.

During this process it looks like a lake. Over time, the mud and sand drop out of the water and the water is released at a controlled rate back into the Cooper River.

Next is the drying phase, which takes about 8-12 months for the water to drain, USACE said.

Finally, the last phase is diking; after several cycles of ditching the mud, the mixture is dry enough to dig out and use to make the dikes higher, which allows for more mud mixture to be put back into the cell. 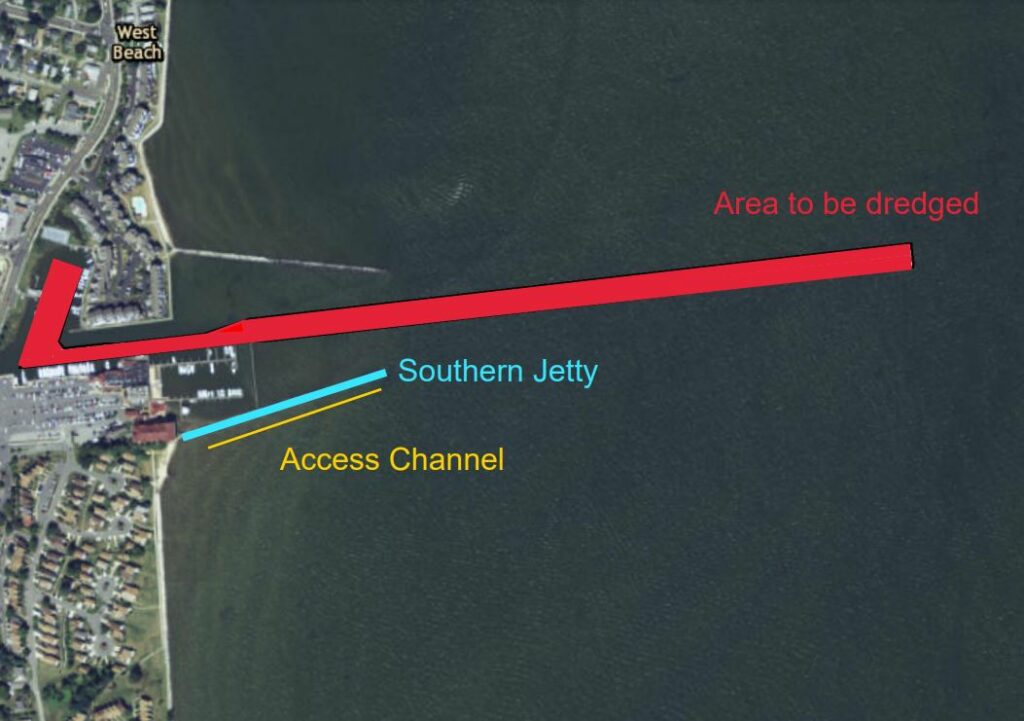