J.E. McAmis, a California based heavy-civil, marine and environmental contractor, has won the Mouth of the Columbia River (MCR) 2017 North Jetty Rehabilitation Project.

In continuation of interim repairs completed also by McAmis in 2015, the basic repair template for the 2017 MCR North Jetty Rehabilitation effort includes more than 6,300 LF of rehabilitation or construction of a 30-ft crest width, 1V:1.5H side slopes, and a crest elevation of +25 ft (NAVD88).

To complete the repairs, McAmis will utilize more than 120,000 tons of stone ranging up to 30 tons per stone.

“The MCR jetties help support the economy of our region and the entire country. The Columbia Snake River System is the nation’s largest wheat export gateway. When combined with soybeans, corn, pulses and other grains, it is the third largest grain export gateway in the world. It is number one on the west coast for forest products and mineral bulk exports,” according to the Pacific Northwest Waterways Association (PNWA). 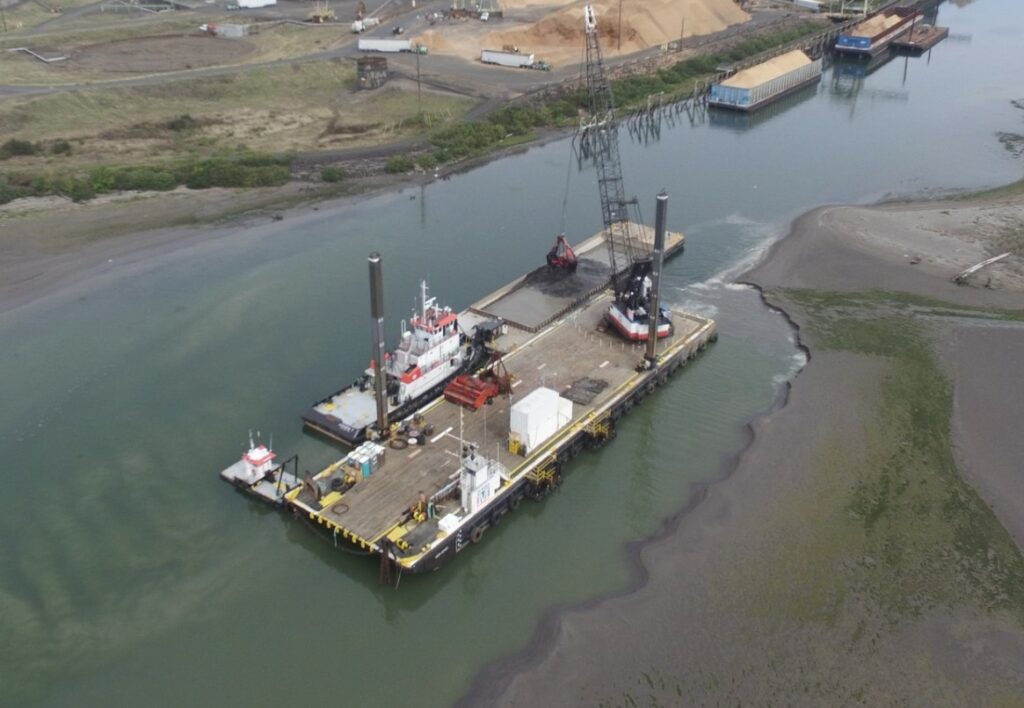