Dare County, NC, yesterday reported that due to the upcoming marine forecast, the cutter dredge C.R. McCaskill will be leaving Buxton today, August 24.

According to the county, the move is aimed to ensure safety for the crew and equipment.

Since the dredge is likely to be be offsite for at least seven to ten days, Weeks Marine has decided to utilize this downtime to have the U.S. Coast Guard’s mandatory dry dock inspection performed.

The dredge will sail to Charleston, SC, for a two week dry dock period and then return to Buxton to resume work.

The county also announced that the hopper dredge R.N. Weeks is scheduled to arrive in mid September and the current plan is to operate both dredges (the McCaskill and the R.N. Weeks) until the project is completed. 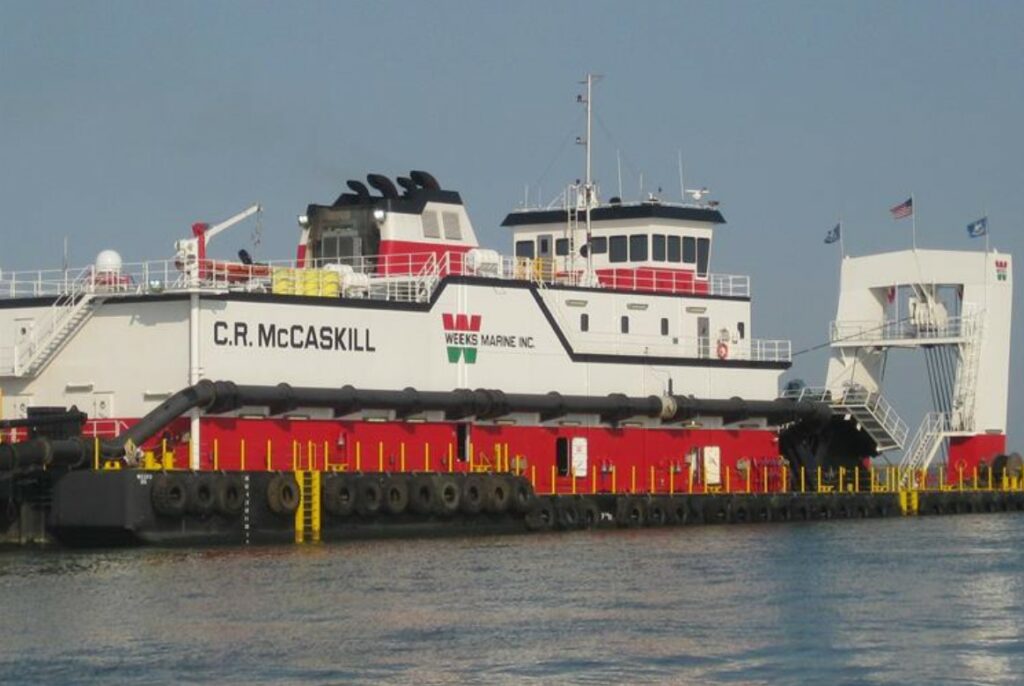