SHEP One of the Most Important Projects in the Nation

That will enable modern deep-draft cargo vessels, akin to floating islands, to call more easily on the port here.

According to the U.S. Army Corps of Engineers, deepening the Savannah Harbor just 5 additional feet will yield an economic benefit of $282 million every year for the nation.

It is a timely endeavor considering the newly expanded Panama Canal now handles the monolithic Post-Panamax cargo vessels transiting the Pacific Ocean. But going only 5 feet deeper in Savannah is a vastly complex undertaking when the 40-mile channel snakes through one of the most environmentally sensitive estuaries on the east coast.

The project will cost just shy of a billion dollars at $973 million, according to Spencer Davis, senior project manager for the Corps’ Savannah District. Roughly half the project budget goes to ensuring strong environmental protection and impact mitigation. For perspective, harbor deepening projects in other rivers typically devote around 10 percent of the cost to environmental mitigation.

“SHEP is perhaps one of the most environmentally sensitive civil works projects in the Corps’ portfolio,” said Davis. “Meeting the demands for commerce and environmental stewardship are combined into a single purpose with SHEP.”

Despite the additional costs to remain environmentally accountable, Davis said that no other deepening project can compete with SHEP’s return on investment for taxpayers: an astonishing $7.30 return for every dollar spent.

One of the challenges for Davis involves organizing multiple timelines within the project that affect one another. Several of the 11 major construction features are interdependent, and must be meticulously orchestrated for the project to advance. “Seven of the 11 features were developed to protect the environment and must be complete before we finish the navigation portion of the project,” said Davis.

The navigation portion – the deepening itself – involves removing 24 million cubic yards of sediments from the riverbed over several years. “When a project moves that much material out of a waterway, planners need to know exactly how this impacts ecosystems in order to proceed in an environmentally friendly way,” added Davis.

One of the more prominent environmental features is designed to replace dissolved oxygen in the river during hot summer months when oxygen levels are low. According to Tracy Hendren, chief of Savannah District’s hydrologic and hydraulic engineering branch, Speece cone technology will pull large volumes of water into 20-foot-tall cone shaped devices that will dissolve oxygen into the river water.

This feature, made up of two facilities at different locations on the river, can inject a total of 40,000 pounds of oxygen a day into the river. This system will maintain oxygen at its pre-deepened levels during hot, dry months, when oxygen depletion occurs.

Another significant environmental feature will re-route the flow of freshwater into the upper portion of the estuary. Engineers will accomplish this with a series of cut closures and channel dredging in certain tributaries, along with construction of a flow diversion structure, according to Beth Williams, SHEP’s lead engineer. The design will mitigate for increasing salinity levels from the deepening, and thereby protect local tidal freshwater wetlands from saltwater intrusion.

These and other environmental features for SHEP have been approved by three other federal agencies, which include the Environmental Protection Agency, the U.S. Fish and Wildlife Service, and the National Oceanic and Atmospheric Administration Fisheries Service.

SHEP is currently on schedule with an anticipated completion time of January 2022. It is expected to contribute more than $14 billion to the economy over 50 years. 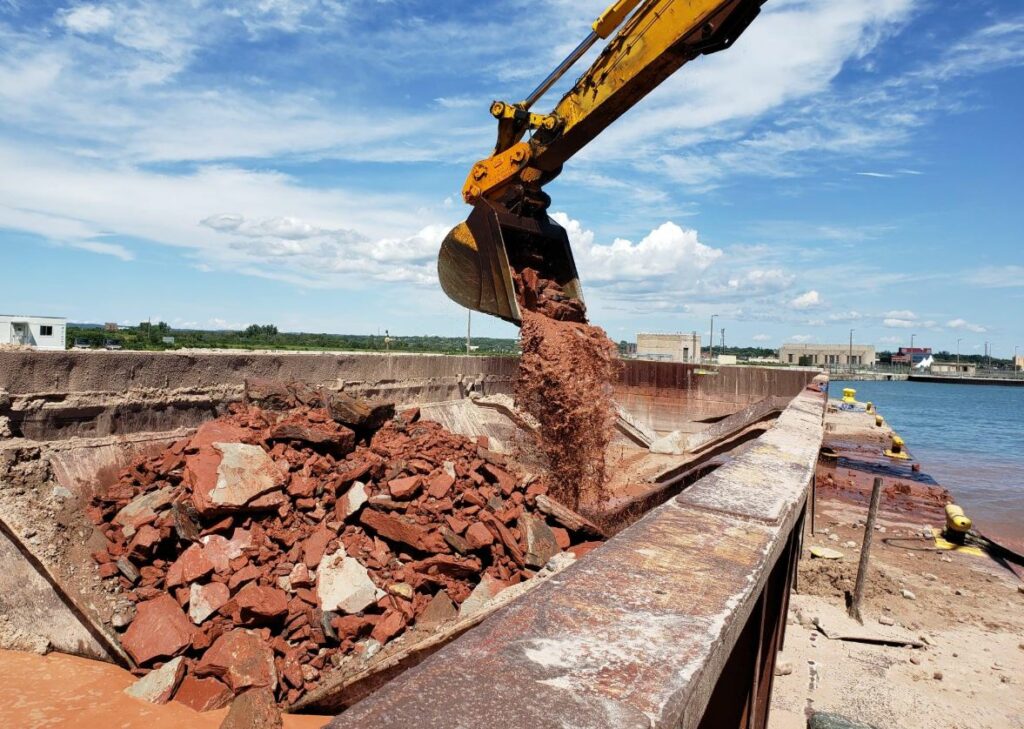