14 Missing at Sea after Dredger Capsized off Malaysia

So far, authorities were able to save three Chinese citizens out of 18 crew members, and one was unfortunately found dead.

MMEA Batu Pahat base director, Maritime Lieutenant Commander Muhammad Zulkarnain Abdullah said that all the crew were male and comprised of one Malaysian, an Indonesian and 16 Chinese nationals.

The SAR operation is still ongoing for the remaining 14 crew members of the dredge JBB Rong Chang 8, who are feared to have drowned, announced the MMEA.

According to MMEA, two of the crew members were in hospital, while another was found injured in the incident’s location which was about 8.5 nautical miles off Parit Jawa in Muar.

On the other hand, Sanifah Yusof, a senior Coast Guard official, told AFP that divers searching for the missing crew believe some could still be alive inside the overturned boat. “We believe there are some crew trapped in the ship. The divers knocked on the body of the ship and got a response.”

It is not clear yet what caused the accident in Muar district. 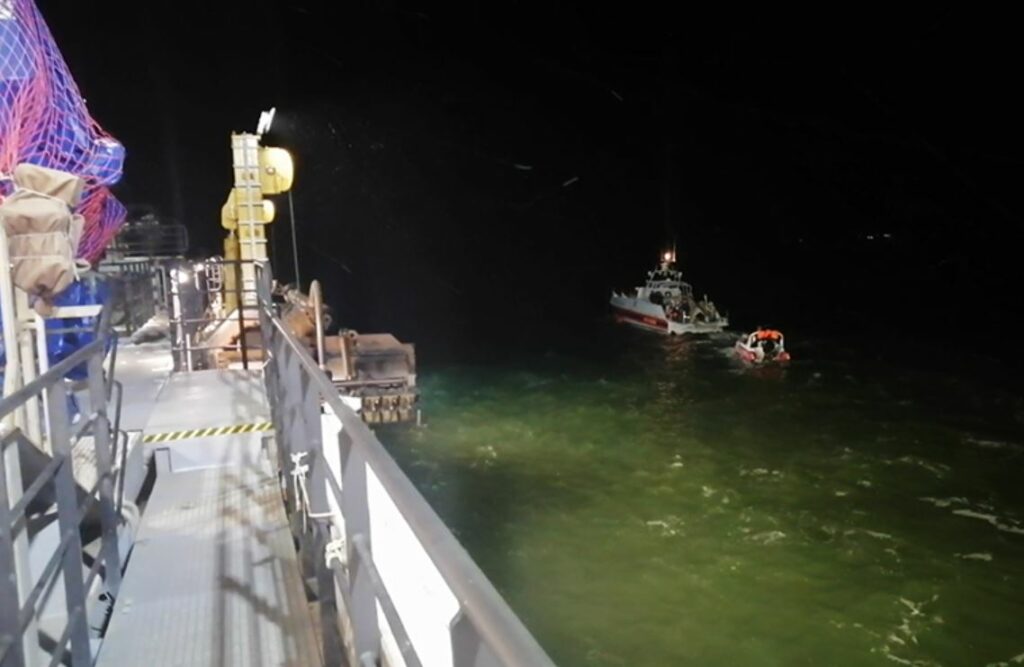