Over the last six years (2011 – 2017), EcoShape has been busy conducting experiments with sand engines at two locations in Lake IJssel (IJsselmeer) at the Frisian IJsselmeer coast.

The IJsselmeer is the largest fresh water lake in the Netherlands.

According to EcoShape, the aim of these experiments was to gain knowledge about the system in the IJsselmeer region and to determine the effectiveness of Building with Nature measures including sand motors for strengthening the Frisian IJsselmeer coast.

Tim van Hattum and colleague Ane Wiersma were responsible for the project.

Van Hattum explained that the so-called flexible water level management requires extra protection for the areas outside the dykes. Ten centimeters of level rise means that more than 100 hectares of land are regularly flooded.

“Along the Frisian IJsselmeer coast there are vulnerable areas outside the dykes that can deteriorate due to this new water level management. We have investigated measures to compensate for the negative effects of the higher water level and water level fluctuations, even if the water level rises further in the future.”

For the full story on the Pilot Sand Engine Lake IJssel please visit the EcoShape. 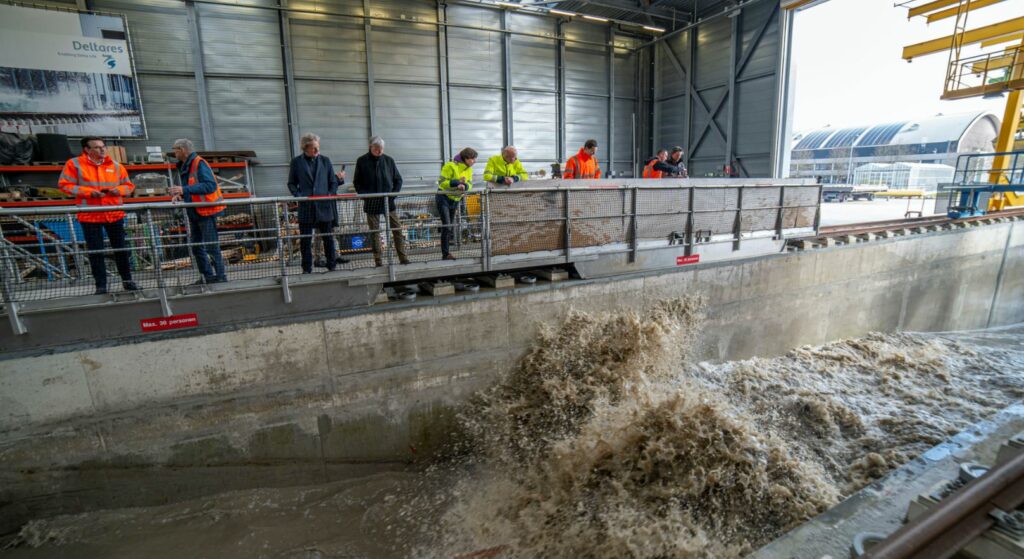