Rijkswaterstaat and Levvel – a consortium comprising Van Oord, BAM, and Rebel –  have presented the Afsluitdijk project designs to the media and to a large group of stakeholders who have been closely involved in planning in the past few years.

Innovative concrete blocks, natural discharge if possible, pumping if necessary, an opening for a fish migration river, are just a few of the innovations for the Afsluitdijk scheme.

Reinforcement of the Afsluitdijk

On the Wadden Sea side, the causeway will be raised and reinforced with new facing. For this work, the consortium will use ‘Levvel blocks’, innovative concrete elements that have been developed specially for the Afsluitdijk.

Each block weighs about 6,500 kg, is extremely strong, has a wave retardant effect, and is easy to install. Some 100 blocks a day will be produced by means of a fully automated process in the port of Harlingen and transported by ship to the causeway. A pontoon crane will then be used to position the blocks, 75,000 in all.

Because of their symmetry and the regular way they are positioned, the blocks have a tranquil appearance that reinforces the austere and autonomous character of the causeway. To protect the hinterland from the force of the water, the drainage locks will also be reinforced and two storm-surge barriers will be built.

The drainage locks at Den Oever will be expanded with new locks in between the island sections. This will allow more of the water that enters the IJsselmeer from the River IJssel to be discharged into the Wadden Sea.

If the water level in the Wadden Sea is high, then natural drainage is no longer possible. Levvel is therefore building two large pumping stations in Den Oever. The pumps will operate with very low energy consumption and are fish-friendly.

They will be powered sustainably by 2.7 hectares of solar panels near Den Oever. With these measures, Rijkswaterstaat and Levvel will ensure that the Afsluitdijk can again withstand the force of the water until at least 2050.

A cutting for the fish migration river

In order to restore the connection between the Wadden Sea and the IJsselmeer for migratory fish, a fish migration river will be constructed by ‘The New Afsluitdijk’, a partnership between the provinces of Friesland and Noord-Holland and the municipalities of Súdwest-Fryslân, Hollands Kroon, and Harlingen. This will be a 4 km channel surrounded by an ecological area accessible to visitors. Levvel will construct the necessary opening in the Afsluitdijk for the fish migration river.

The Afsluitdijk is a necessary construction, a protective barrier against the sea and a road link between two provinces. Work on the project is expected to start in late 2018 and continue until the end of 2022.

Inconvenience to road users will be minimized by Levvel carrying out the work from the water as much as possible. After the work has been completed, Levvel will remain responsible for maintenance for a period of 25 years. 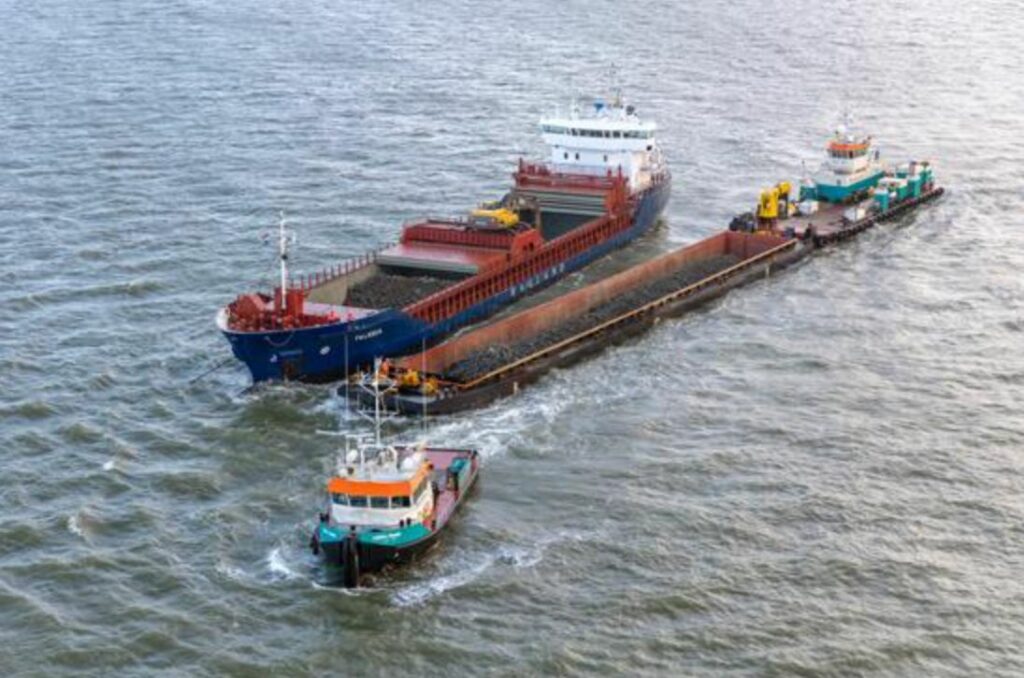