Carpinteria, a small California town approximately 80 miles north of Los Angeles, sits right on the Pacific Ocean with mountains just behind it.

Unfortunately, this past year has been very difficult for this region. Wild fires ravaged the mountains and left the hills completely void of vegetation.

There are small drainage canals that drain off the mountains to the Pacific. All along the beach is a housing development called Sandy Land. These homes were under a threat due to mud slides from the mountains.

Some of the canal has been drag lined, but closer to the Pacific it wanders through the neighborhood. Due to this crisis situation, the State of California issued a 30 day emergency dredging permit to clear the drainage canal. 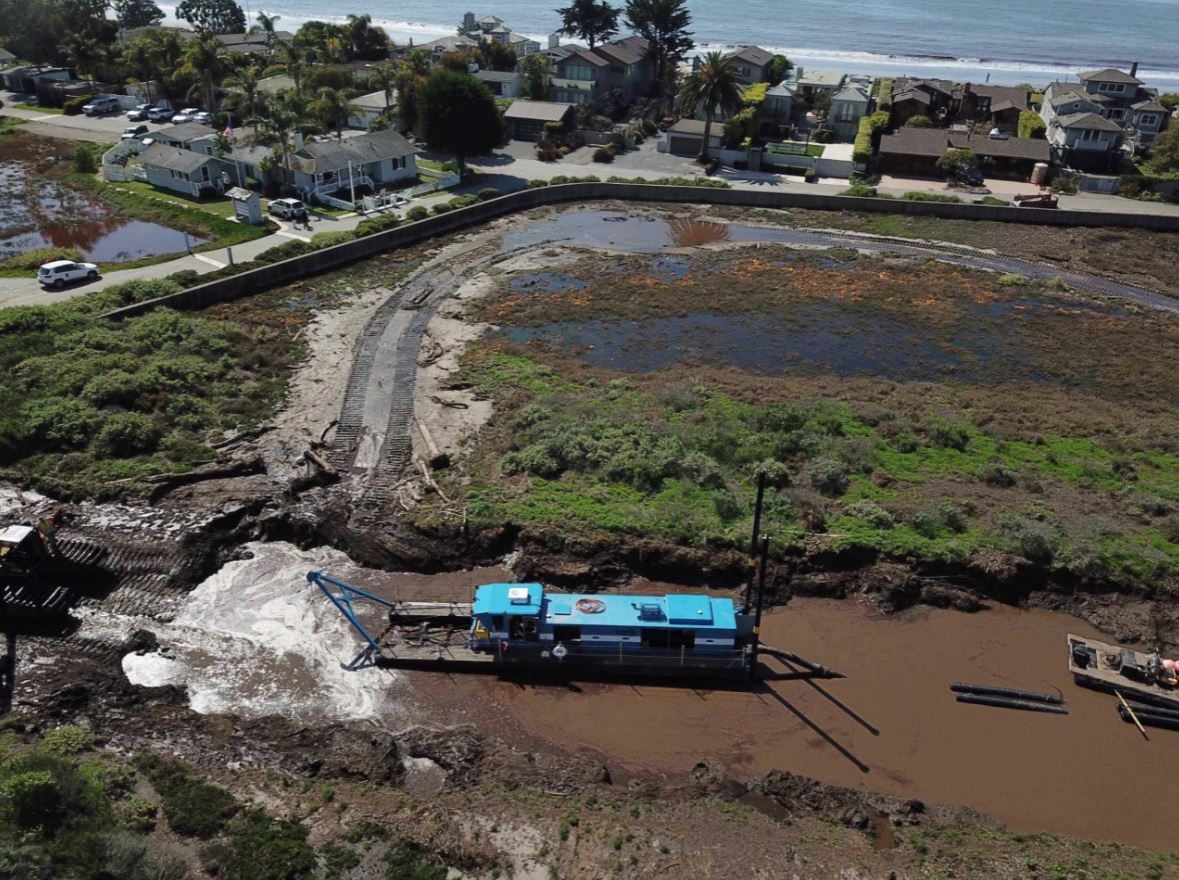 The dredge was purchased by Schock Contracting Corporation, after they were awarded the Carpinteria Salt Marsh emergency dredging project by the Santa Barbara County Flood Control and Water Conservation District.

The channel being dredged is “plus bank” dredging, which has not been fast moving. During this project there has been a two-day emergency evacuation of the neighborhood. DSC Dredge is doing its part in assisting to solve an emergency situation. 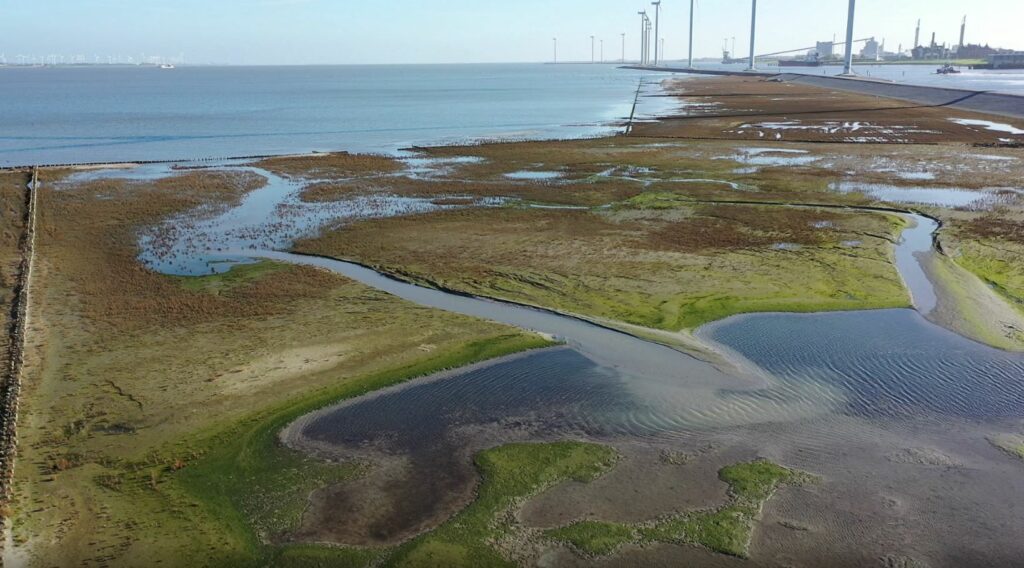