The U.S. Army Corps of Engineers’ Philadelphia District joined elected officials and partners on May 25, 2018 to celebrate the completion of the Absecon Inlet seawall and boardwalk rebuild in Atlantic City.

The project – one of the more complex construction efforts undertaken by the District in recent years – involved building two separate seawall structures along approximately 1700 feet of the inlet and rebuilding the historic boardwalk.

“We’ve accomplished two important goals with this project – to reduce coastal storm damage risk and help the city restore access and recreational opportunities along the inlet,” said Deputy Commander Maj. Brian Corbin. “I’d like to thank our dedicated team and our contractor J Fletcher Creamer & Son for their efforts on this project.” 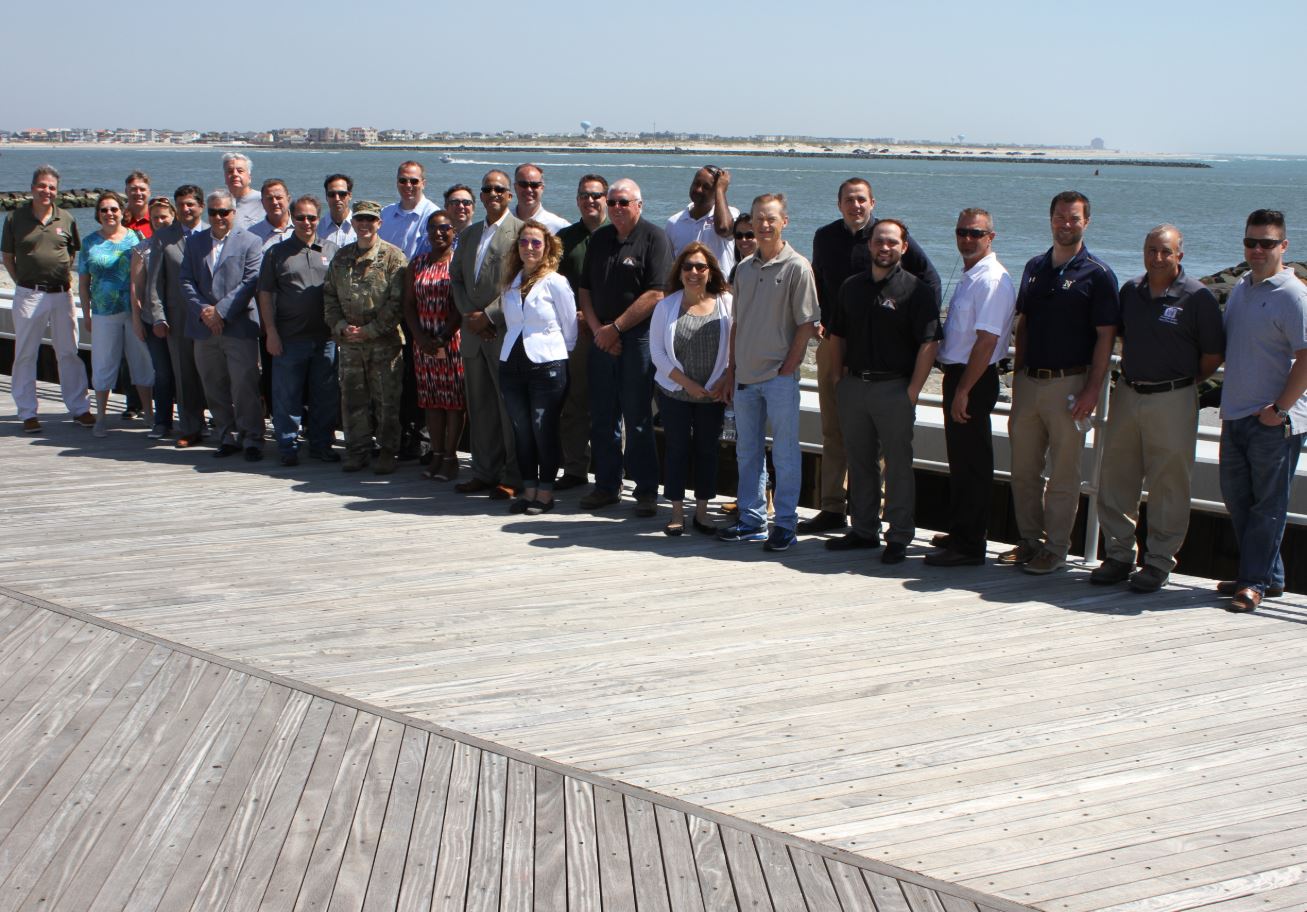 In 2012, the District was moving forward to construct the seawall project. Then, Hurricane Sandy demolished the remaining boardwalk and caused significant damage in the inlet area. After the storm, the District partnered with the state and the city to incorporate the boardwalk into the design of the seawall.

“This required a major redesign of the project, but ultimately met the needs of our partners,” said Project Manager Keith Watson.

Construction began in 2015. Progress was slowed by several storms in 2015 and 2016, but contractor J Fletcher Creamer worked through the challenges of building the seawall in an area of the inlet exposed to the force of the ocean.