This green vessel – the second of three 3,500m³ hoppers to be launched – is equipped with an exhaust gas treatment system filtering out and virtually eliminating many pollutants from the exhaust gases.

All six vessels are diesel-electrical powered, with engines allowing optimal use of generated power but with low fuel consumption and emissions. In addition, the vessels are equipped with a two stage highly efficient exhaust gas filter system, resulting in emissions complying with the European Stage V regulations for inland waterway vessels.

Robby De Backer, New Building Director at Jan De Nul Group: “We are delighted to be leading the way in compliance with the most stringent global emission limits with the world’s first EU Stage V dredgers, which will be highly fuel-efficient, reliable, versatile and productive.”

“As the new dredgers will frequently operate in estuaries, rivers and coastal areas near urban areas, we decided to limit the NOx emissions to a level 30% below the actual IMO Tier III requirements, and to reduce other potentially harmful contaminants that are currently not regulated by IMO,” added De Backer.

The design of the Diogo Cão is based on the successfully operating 3,400m³ TSHD Alvar Nuñez Cabeça de Vaca and Sebastiano Caboto, built in 2011. The vessels combine a shallow draught with high manoeuvrability, making them very suitable for working in confined areas.

The Diogo Cão is in diesel-electric execution: all major drives (thrusters, dredge pump, jet pumps…) are electrically driven, and controlled by means of frequency converters. In this way each system can operate at its optimal speed and power.

Jan De Nul Group also announced that with the Diogo Cão now being launched, the keel laying of the first 6,000m³ dredger is planned to take place on 19 July at the Keppel Singmarine in Singapore.

The company has decided to name both 6,000 m³ Trailing Suction Hopper Dredgers after two decommissioned vessels of the Groups fleet: Sanderus and Ortelius. 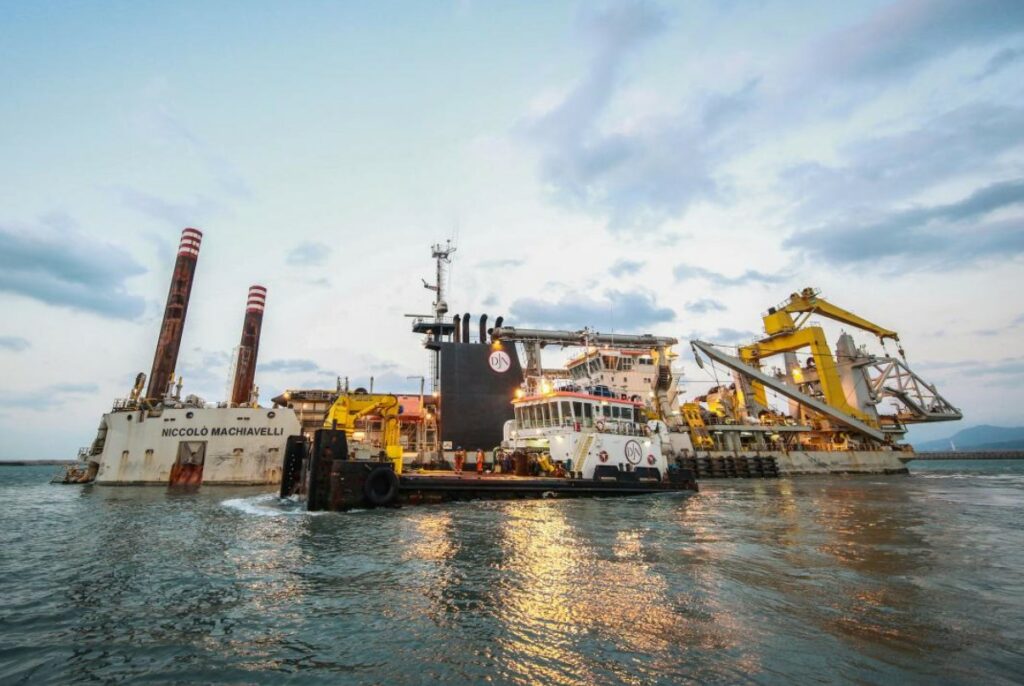