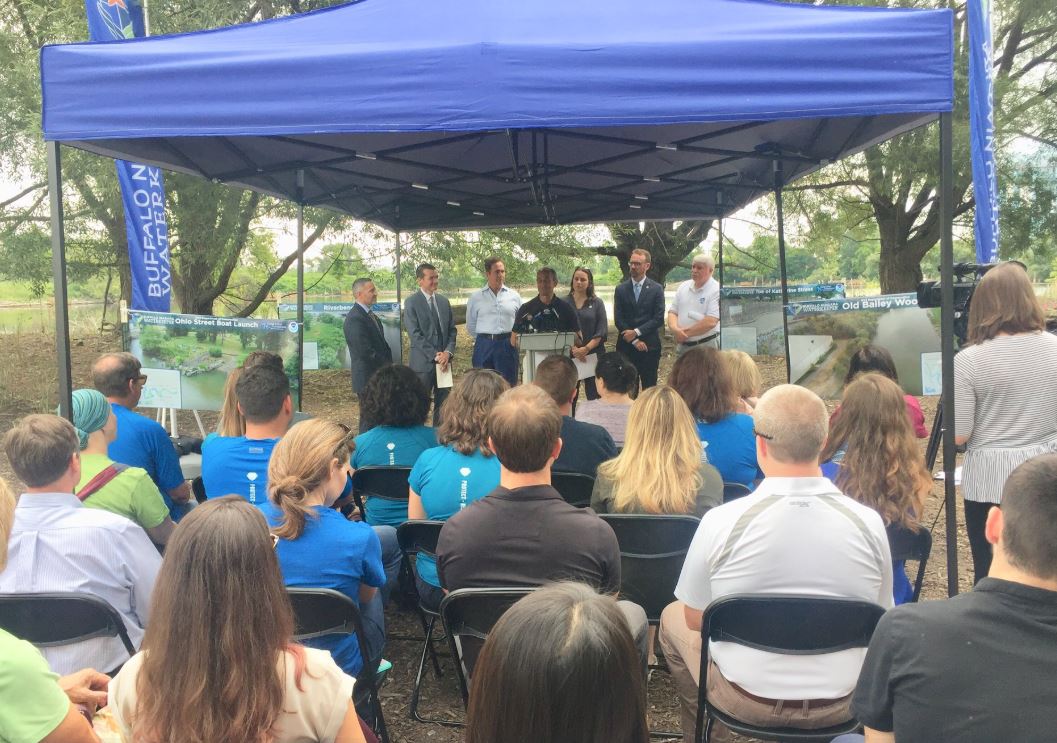 Eight project sites have been restored since 2013, enhancing nearly two miles of shoreline and 20 acres of fish and wildlife habitat along the lower Buffalo River.

Work was led by the GLC in coordination with the National Oceanic and Atmospheric Administration (NOAA), implemented by Buffalo Niagara Waterkeeper, and funded by the Great Lakes Restoration Initiative (GLRI).

“The Buffalo River, which was once declared ‘biologically dead,’ is now thriving, thanks to this critical restoration work,” said Rep. Higgins, who serves on the bipartisan Great Lakes Task Force.

“Congratulations to all the federal, state and local partners involved in this effort. In Buffalo, we’ve seen firsthand that Great Lakes restoration leads to economic revitalization.”

Jill Jedlicka, executive director of Buffalo Niagara Waterkeeper, added: “For nearly 30 years, Buffalo Niagara Waterkeeper has carried the community vision for the restoration and protection of the Buffalo River. Our organization was founded as a guardian of the Buffalo River, and from the beginning our mission has been dedicated to seeking out partners, projects and tens of millions of dollars to make the restoration vision a reality.”

“The cooperative partnerships formed over the last decade with entities like the Great Lakes Commission, NOAA, EPA, NYSDEC, the Army Corps, Honeywell, and numerous private sector consultants, have allowed our community to begin to reclaim our impaired waterways.”

In 1987, following decades of heavy industrialization, the Buffalo River was declared a Great Lakes Area of Concern (AOC). Work to restore habitat along the river began in 1997.

The eight restoration projects led by the GLC (Buffalo Motor and Generator Corp., NYSDEC Ohio St. Boat Launch, Toe of Katherine St. Peninsula, Blue Tower Turning Basin, Buffalo Color Peninsula, RiverBend Phase I and II, and Old Bailey Woods) are expected to address the fish and wildlife habitat related river impairments and contribute to the formal removal of the Buffalo River from the list of AOCs.

All eight projects have been completed; monitoring and post-restoration management will continue throughout the summer with all project work anticipated to be completed by fall 2018. 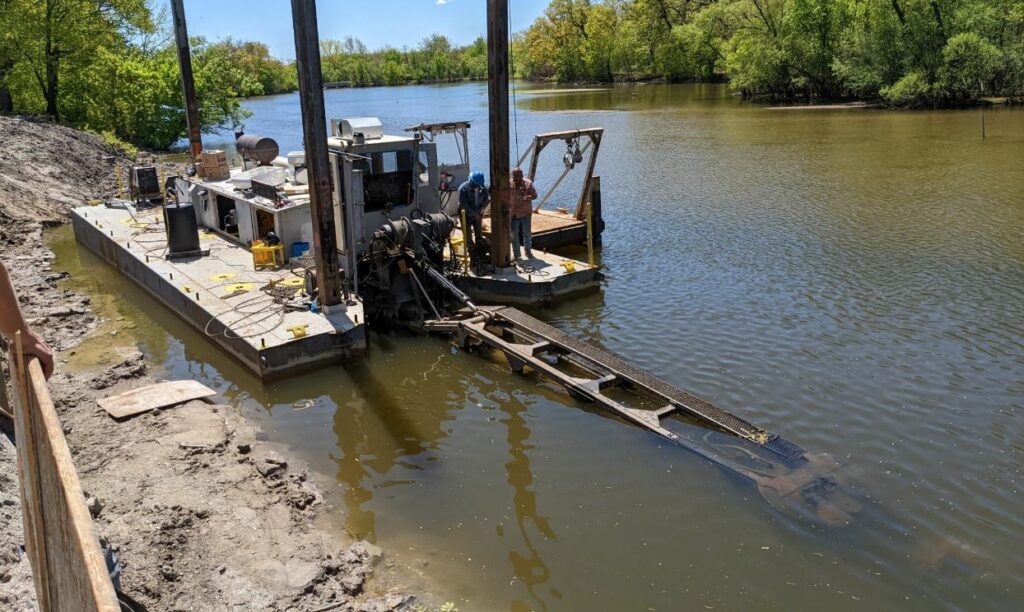