Phase 3 – the Tipner Lake: is the construction of 1.9km of a seawall which commenced April 2017 and is programmed for completion by the end of Autumn 2019;

According to ESCP, as works progress more activity will be seen in the north by Hilsea Lido, with sheet pilling, excavation and installment of stepped revetment taking place.

Reinforced concrete work has continued to progress efficiently with work reaching as far as the Hilsea Lines. This marks almost 400m of wall completed in the northern section since the start of the works in April, said ESCP.

Another key development is the construction of the replacement northern slipway. This is moving along in conjunction with the three access steps in the southern section.

ESCP also added that significant progress has been made in the south with car park alignment, raising of ground level and development of social areas. 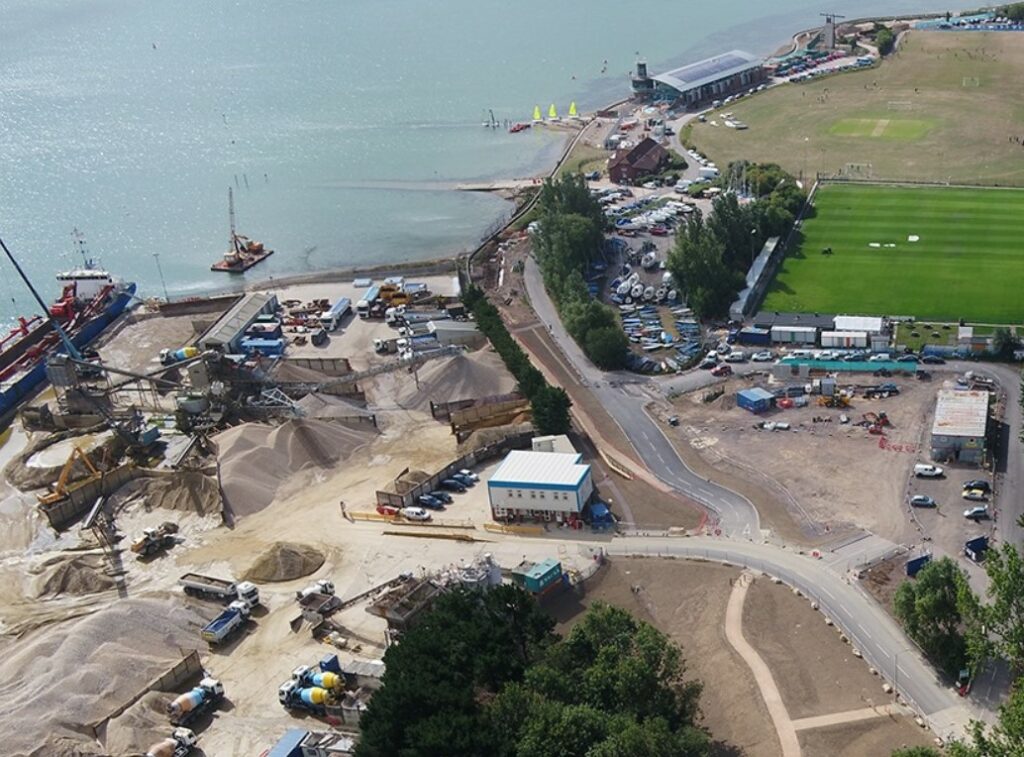