Portsmouth: Seawall Repair Project at Clarence Beach About to Begin

Work will soon begin to repair the sea wall at Clarence Beach in Southsea, which has been exposed to many years of strong currents, shingle abrasion and storm damage, the Portsmouth City Council said in its latest announcement.

The work is expected to start on September 24th and take three weeks, and will be delivered by the Eastern Solent Coastal Partnership on behalf of the council.

Concrete at the top of the wall has been damaged, and the limestone blocks that form the wall have been displaced by waves and storms.

This means that the wall isn’t providing the protection against coastal flooding that it needed in this area.

“The work will repair the wall and prevent further damage until the Southsea Coastal Scheme work commences to completely replace and upgrade the defenses in a few years time,” the council stated.

According to the Portsmouth City Council’s release, there will be limited disruption on the beach and promenade, and they will both remain open during the work for access. 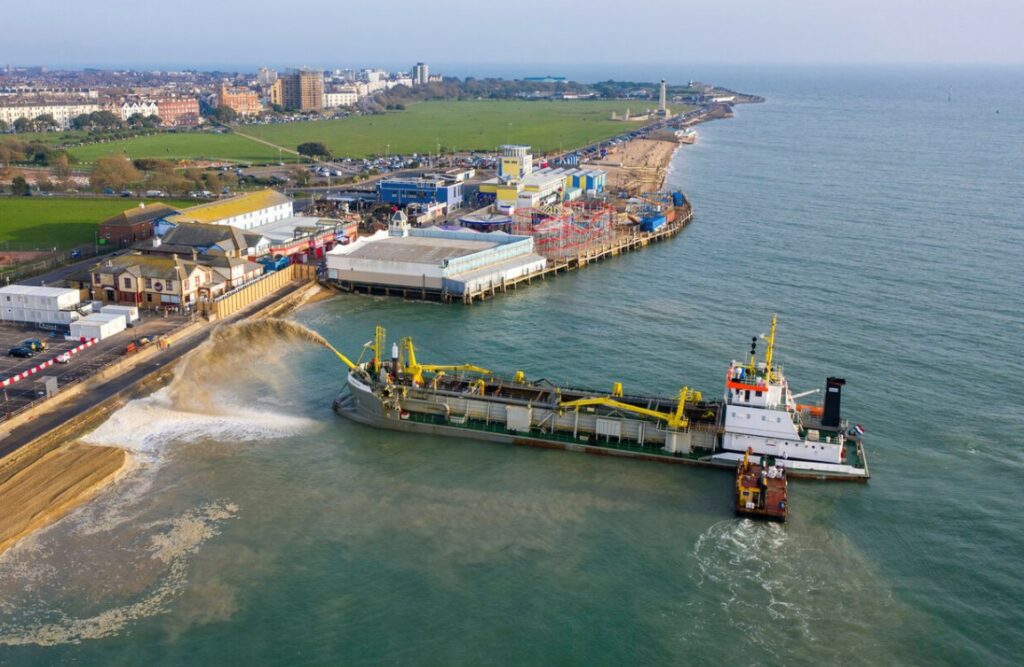