There is widespread, bipartisan support for action in addressing Louisiana’s coastal land loss crisis, according to a new poll released today by BDPC, LLC + Pinsonat and Restore the Mississippi River Delta.

Of note, 79 percent of coastal voters said they support sediment diversions, large-scale engineering projects that would be strategically operated to direct sediment and fresh water from the Mississippi River into nearby wetlands, building and maintaining thousands of acres of land over time.

Only 5 percent of those voters oppose.

Additionally, an overwhelming 97 percent of Louisiana coastal voters say that the state should still work to maintain as much coastal land as possible even if the coast cannot be restored to its previous footprint.

Louisiana’s Coastal Protection and Restoration Authority (CPRA) is currently advancing the Mid-Barataria and Mid-Breton sediment diversions, two cornerstone Coastal Master Plan projects on either side of the river in Plaquemines Parish.

Without action, Barataria Basin alone could lose 500 square miles of land over the next 50 years.

Of note, 91 percent of respondents indicated that they want state government to ensure current dedicated funds are spent on coastal restoration and protection, and a majority of Louisiana coastal voters (77 percent) think not enough money is being spent on coastal protection efforts. 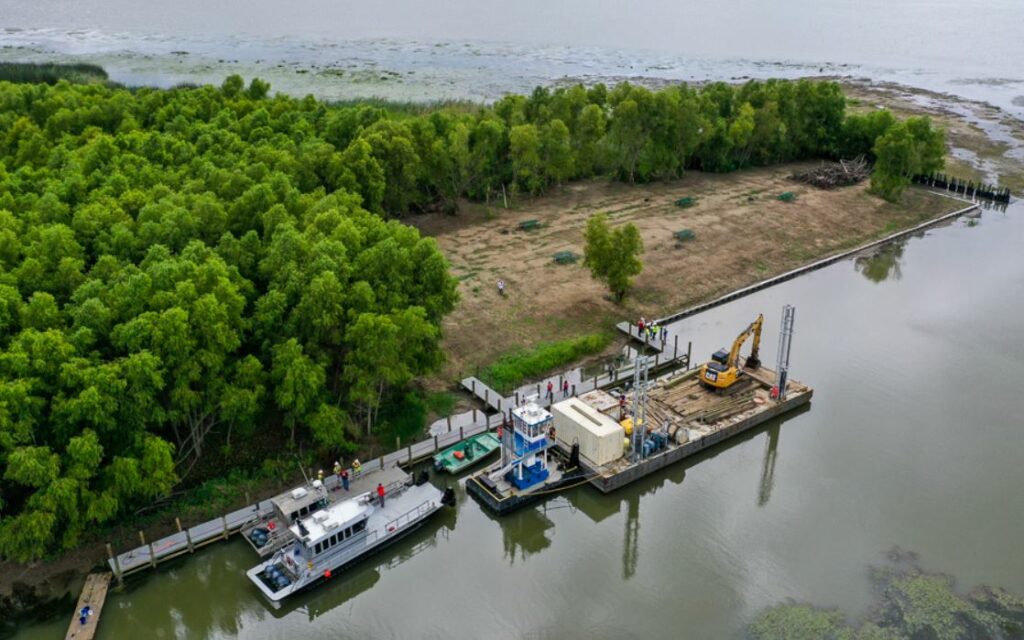