A draft feasibility report with environmental assessment to address shoreline erosion and restore degraded wetland and riparian habitats along Lake Sharpe near the town of Lower Brule, SD is currently available for public review.

The draft report and EA evaluates the impacts of constructing a one-mile long stone breakwater along the shoreline to reduce erosion which is imminently threatening the town’s sewage lagoons, the U.S. Army Corps of Engineers’ Omaha District said in their latest update.

In addition to shoreline erosion, reservoir filling and wind/wave and ice forces have caused habitat degradation which has negatively impacted Tribal members’ connection with the river and culturally significant natural resources.

Solutions to restore ecosystem function were evaluated including constructing a 50-foot wide earth-filled island that would be planted with cottonwoods, willows, and various other plant species that are culturally significant to the Lower Brule Sioux Tribe.

A shallow backwater/wetland would then be created between the island and the shoreline.

Comments should be postmarked or received no later than December 21, 2018, said USACE. 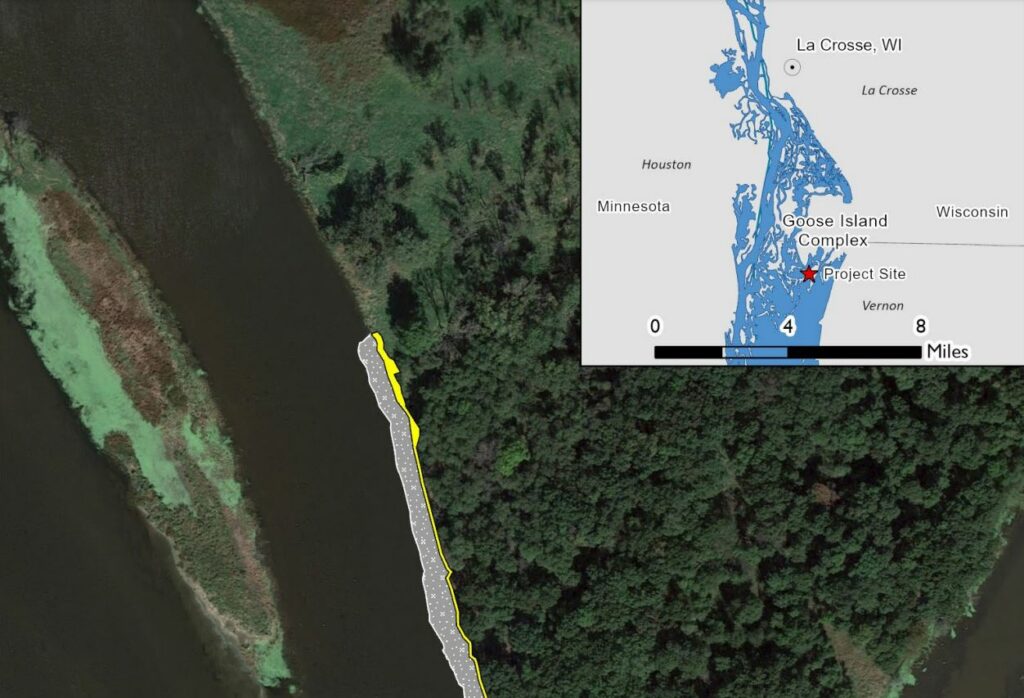