The vessel was moored along Wilhelminakade next to the Cruise Terminal in Rotterdam for this special event.

During the ceremony, Queen Máxima toured the Vox Amalia and met its crew. She also spoke to the engineers who supervised the vessel’s construction.

The Vox Amalia is 158 meters long, 36 meters wide. It was built in Spain under Van Oord’s supervision. After the christening ceremony, the vessel will undergo trials in the Netherlands and then be deployed on dredging projects worldwide. 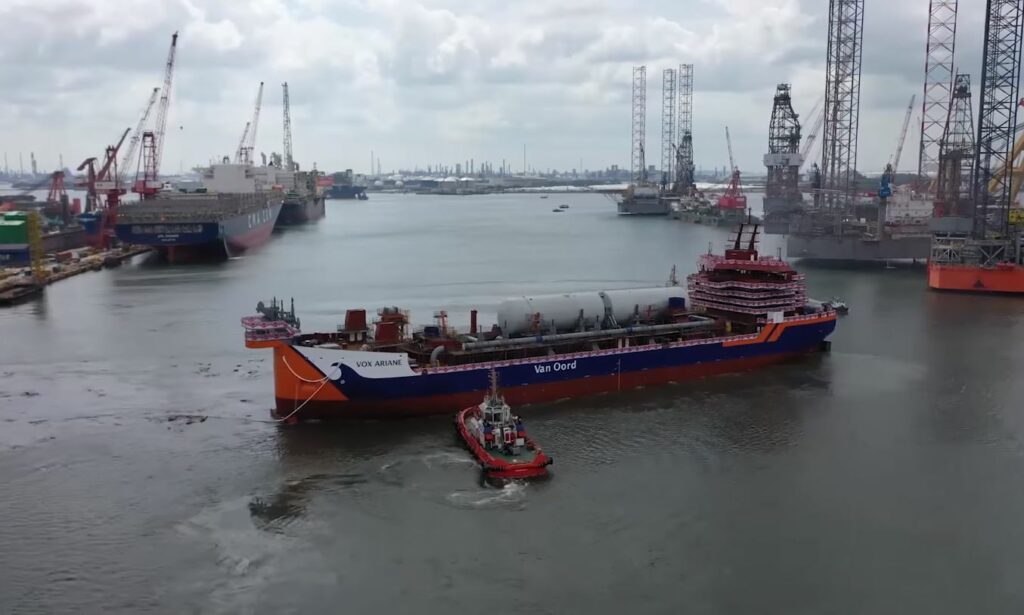