British Antarctic Survey (BAS) has just reported that the modernization work has begun at Rothera Research Station, with BAM Nuttall starting on the deconstruction of the old wharf.

A new 74-meter long wharf, bigger, deeper and stronger than the current one, will be built during the next two Antarctic seasons.

The project is due for completion in April 2020, and will provide safe berthing and efficient operations for the new polar research vessel the RRS Sir David Attenborough.

Whilst preparations for building a new wharf have been underway for two years, the first “spade in the ground” moment occurred this weekend when two 35t excavators operated by BAM Nuttall broke through the surface of the old ‘Biscoe’ wharf and began the process of deconstruction, which has to take place before the new wharf can be built.

BAS engineer and project manager David Seaton said: “The next few weeks will be critical to the success of the project and we hope to make good progress whilst we have long hours of daylight and relatively favorable weather conditions, knowing that in a few months when winter approaches things are likely to get a lot more difficult.”

BAM project manager Martha McGowan added: “All the team are really pleased to have begun this exciting and important work. It is great to think that the wharf we are building will berth the world’s most famous research ship – the RRS Sir David Attenborough!”

The excavators will soon be swapped for two 90t long reach machines for the deep excavation and dismantling works. 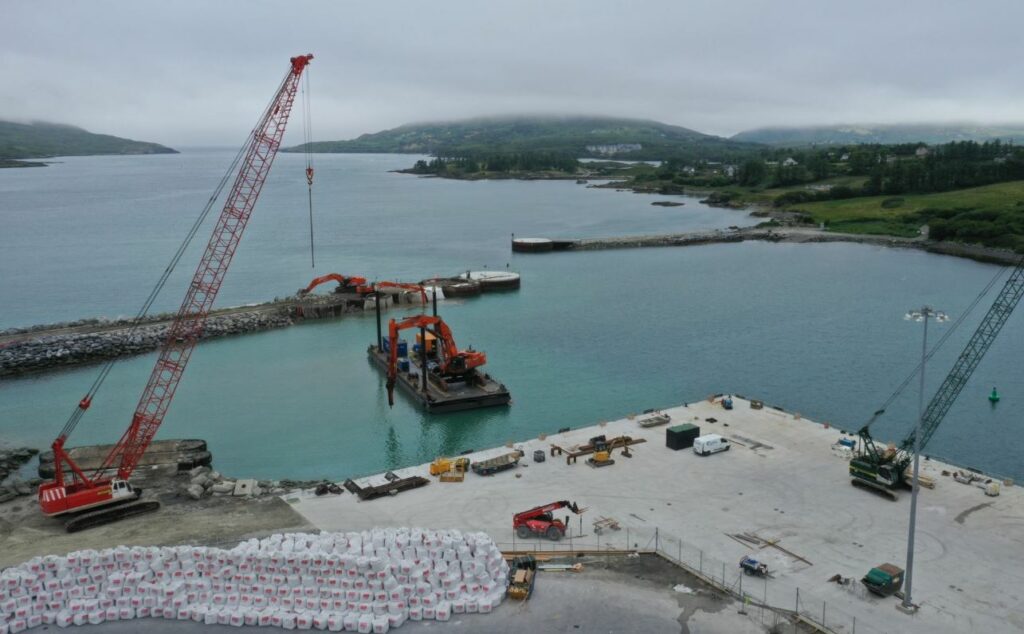