The Ports Division of the Isle of Man Government Department of Infrastructure is working on a project that will remove mud and silt from Douglas Inner Harbor (Marina).

According to the government, the proposed work will involve excavation of up to 5000 tonnes (3125m³) of mud and silt from the marina bed for transportation and dumping offshore at an agreed site.

The officials also added that the works are conditional on issue of a licence to deposit at sea and this must be issued by the Ports Division in consultation with DEFA prior to commencement.

If all goes according to the schedule, the Douglas Marina dredging project will begin in the next couple of weeks.

The marina was last dredged in 2016, when an excavator was used to clear approx. 5,000 tonnes of stone from the marina in the area adjacent to the Tongue buildings.

At the same time, the government has submitted a planning application for the storage and disposal of contaminated silt from the marina at Peel, which was last dredged in 2015.

The main purpose of this project is to remove 44,000 tonnes of silt which is threatening the closure of a number of berths. 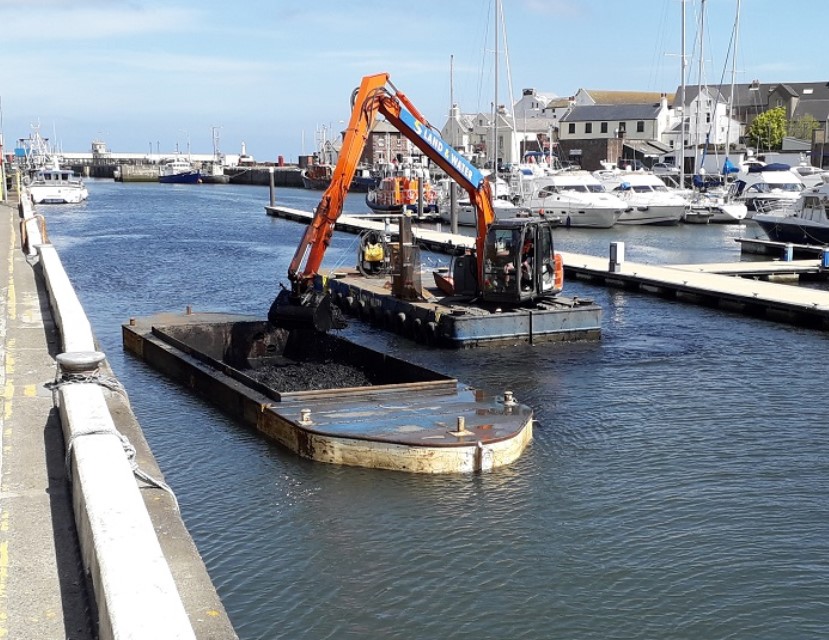