The safety committee of the Humboldt Bay Harbor, Recreation and Conservation District last week called for an emergency meeting to address the issue of shoaling in the bay due to severe winter storms.

The harbor district, responding to results of soundings performed by the Army Corps of Engineers that found the bay shallower than at any other point in its history, called for an emergency declaration. But the district does not have the authority to declare an emergency, reports Eureka Times-Standard.

Among the greatest concerns related to the shoaling is the impact it could have on the weekly deliveries of gasoline, diesel and aviation fuels that are delivered by Chevron. On Friday morning, the Humboldt County Sheriff’s Office issued a news release addressing conditions on the bay, the emergency declaration and any impacts to fuel deliveries.

“Please note that under the California Disaster Assistance Act, the Humboldt Bay Harbor District does not have the authority to declare a countywide state of emergency,” the release stated.

“Only the sheriff and the board of supervisors have the authority to make such a declaration. The hazardous conditions created by shoaling do not currently affect Chevron’s ability to bring fuel into Humboldt County and we are not currently experiencing a fuel crisis.”

There are two types of dredging performed on Humboldt Bay, and the most important dredging is to keep the main channel deep enough so that larger ships can cross the bar.

To ensure commerce on the bay thrives, the channels must be kept clear enough to allow for the free flow of shipping and the latest series of winter storms have created a dangerous spot as ships enter the bay, said Eureka Times-Standard. 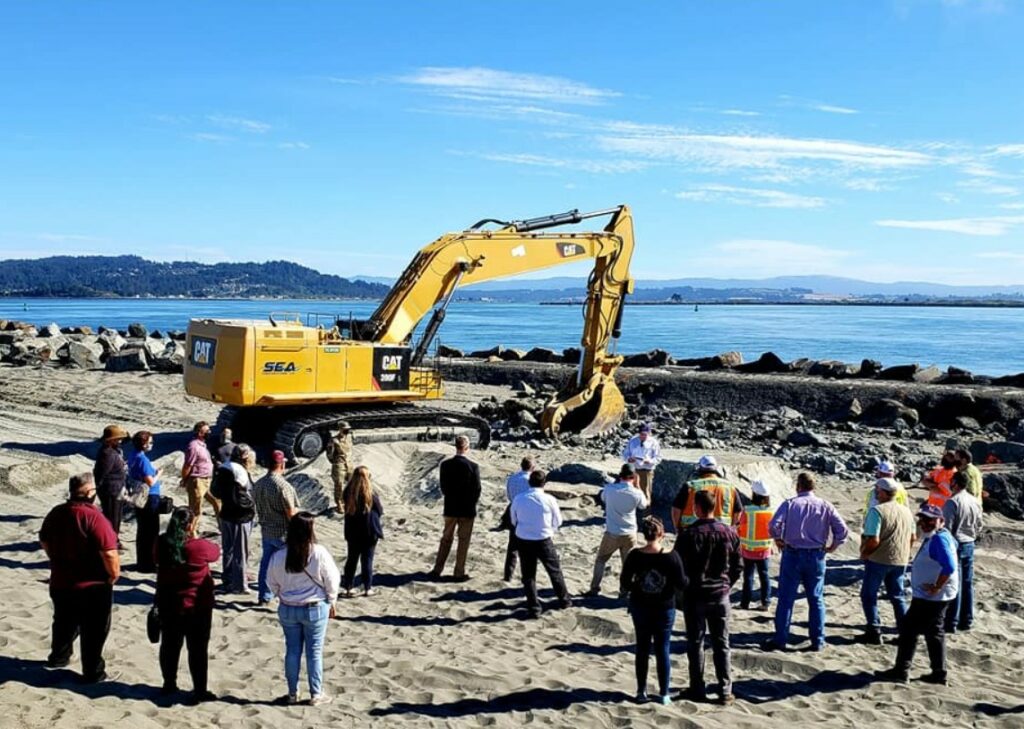