The Takoradi Port Expansion Project, located in the Western region of Ghana, has officially started with the construction of a multipurpose on-dock Atlantic Container Terminal, the GhanaWeb reports.

The project, being developed by Ibistek Ghana Limited, will see the port basin dredged to a 16 meter depth and land reclamation for the building of five new berths, capable of receiving very large vessels.

This capital development program, with a cost of $475 million, marks a significant milestone – this is the first time that a wholly owned Ghanaian firm has been engaged in port development in the country.

Mr Pascal Dumez, the project manager of the contractor Jan De Nul, said that between 250 and 300 workers will be engaged for the construction phase of the project.

“For now, we want to make progress as fast as we can, since we have lost significant time for the construction, and we want to make up by speeding up so we can hand over the berths within the 24-month schedule,” Dumez said.

Upon completion, the Atlantic Terminal – set to be the major development in the history of the Takoradi Port – will have a cargo holding space of one million twenty-footer equivalent units (TEUs), an upscale from the average container traffic of about 55,000 TEUs a year. 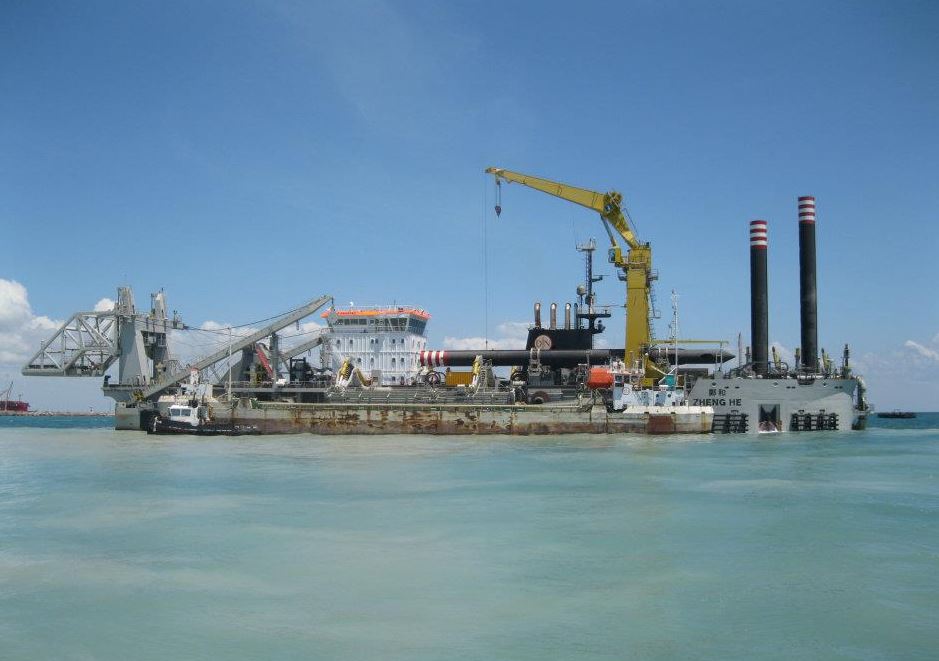