The project will dredge, widen and upgrade 66 miles of waterways in the East Baton Rouge Parish critical to reducing flooding for residents and businesses.

Governor John Bel Edwards has committed $40 million in state funding over the life of the project to provide the needed nonfederal match for the project, which secures the overall federal funding for this critical infrastructure.

Mayor-President, Sharon Weston Broome, said: “Backwater flooding was a major factor for residents and businesses during the Great Flood of 2016. Our residents deserve relief from floods that seem to be happening more frequently. This is an important step to reducing the effects of future major floods in our community.”

Governor Edwards added: “This project is an example of a local, state and federal partnership that will ensure that critical drainage work is completed to make the Baton Rouge community more resilient and its people safer for years to come. The state’s commitment in this project is part of the larger work we will complete across the region to mitigate flood threats.”

Work on the project is estimated to be complete in about four years.

This project consists of improvements to 66 miles of channels, including clearing and snagging, widening, concrete lining and improvements to existing culverts and bridges to reduce headwater flooding/backwater overflow in the Amite River Basin.

The Feasibility Study was authorized in WRDA 1992 and the Chief’s report approved Dec 1996. Project was first authorized for construction in WRDA 1999 at a total cost of $113 million, increased in 2003 by the Consolidated Appropriations Resolution (CAR) to $150M, increased again in WRDA 2007 to $187M ($255M in current dollars).

The authorized project is intended to reduce flooding throughout East Baton Rouge Parish by improving 66 miles of channels in five sub-basins. 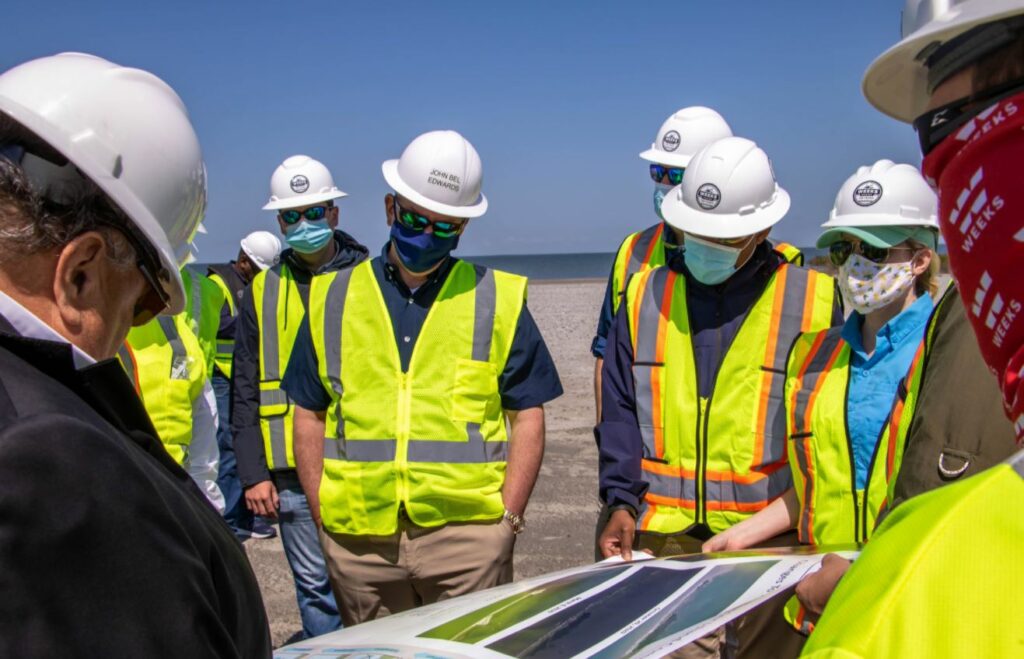