The dredged material is primarily (98%) sand and was used to re-nourish the beach north of the inlet providing erosion and storm damage protection to the Route 1 bridge approach. It’s also used to restore the beach area.

Massey’s Ditch, an important navigation channel that runs between Rehoboth Bay and Indian River Bay. The waterway is now dredged to a width of 100 feet and a depth of 7.5 feet below Mean Lower Low Water (MLLW). 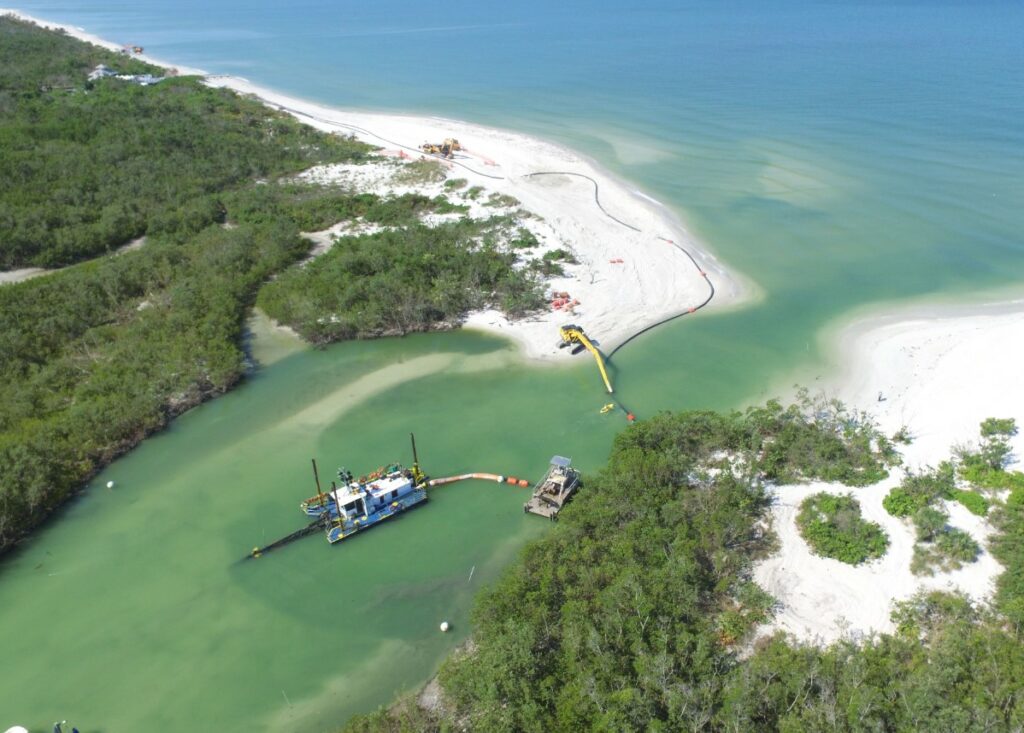