As part of land reclamation for the new Lugaport Terminal, Group of Companies Novotrans has successfully completed the sheet piling and sand filling operations.

The volume of money currently invested into the project by the holding exceeded $80 million.

Commenting the latest milestone, Konstantin Goncharov, the Group of Companies Novotrans President, said: “Upon completion of those works, we have embarked on the final phase of the terminal construction.”

The project was developed for construction of marine terminals for handling grain, food cargo, general and bulk cargo. Projected throughput of the facility will be 24.3 million tonnes.

According to their official announcement, upon completion, Lugaport will be able to accept and handle Panamax, New-Panamax, Baby-Capesize ships with a draft of up to 15,5 meters.

The Lugaport project is included in the strategic documents for the development of Russia’s transport infrastructure. 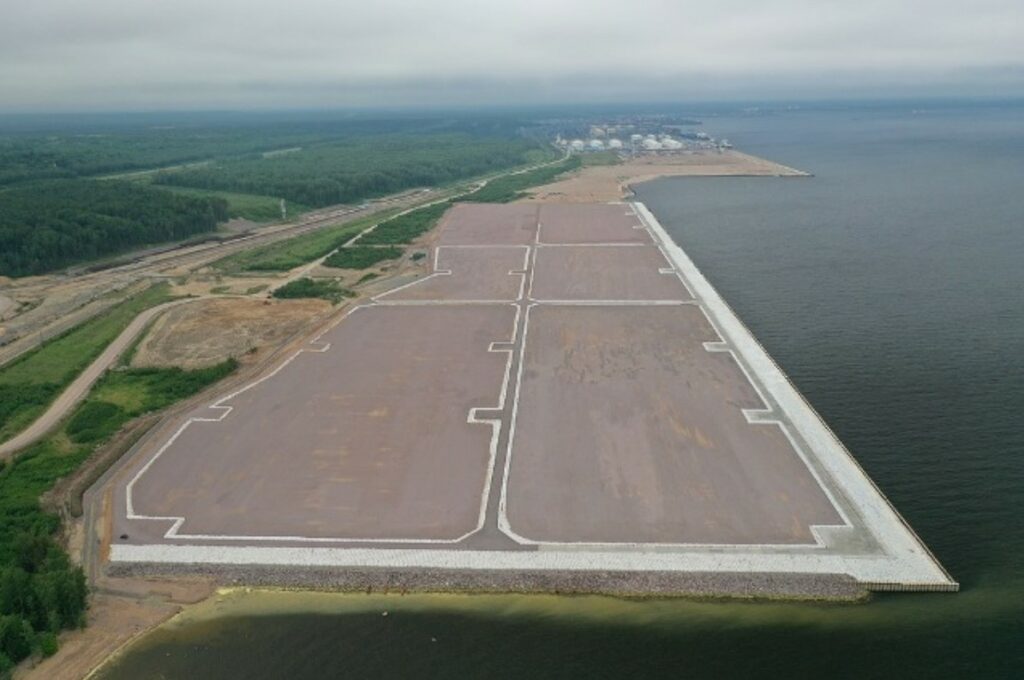