The first contract comprises the delivery of a custom-built CSD, the second is a three-year maintenance contract for the IHC dredgers JARASH and MUTAH, and the third involves another dredger, which will be a copy of JARASH.

The newly built CSD – the ALKARAMAH – is based on a modified, innovative IHC Beaver® 65 DDSP with three different working depth ranges: up to 18, 25 and 32 metres. It will be further adapted for the stepping, swinging and cutting of firm soil types, and include a Christmas tree configuration for dredging at 32 metres.

A work boat modified from a DMC 1450 is also part of the contract and both units will be made suitable for operations in the Dead Sea.

Included in the contract will be the supply and international transport of equipment and services to ensure a smooth start-up of activities at two different locations. Furthermore, APC will be supported by IHC with extensive field engineering services such as overland transportation, (de)mobilization, dredger modifications, crew training, and maintenance support services.

APC will deploy the CSD at the Dead Sea in Jordan, where it will be initially used to develop a new pump station. After completion, the ALKARAMAH will be modified by IHC and redeployed to APC’s Salt Ponds to support the existing fleet in the cutting and removal of crystallized salt.

The second contract comprises a three-year maintenance agreement for APC’s dredgers: JARASH (a custom-built CSD) and MUTAH (an IHC Beaver® 40), both delivered by IHC. The purpose of the maintenance contract is to achieve and maintain an agreed level of uptime for the two dredgers.

All maintenance and repair work will be managed and executed by IHC’s local office in the Middle East, including the supply of spare parts. With this contract, IHC is now delivering a complete integrated value proposition, from the design and build to maintenance, with an agreement in place regarding the performance of the dredgers.

The third contract will see the turnkey supply of a custom-built vessel named ALYARMOUK – a 3,557kW CSD. It is a further developed copy of the CSD JARASH, which IHC delivered to APC in 2018.

As part of its long-term growth strategy, APC will use ALYARMOUK at its site in Jordan, where it will cut and remove crystallized salt under harsh conditions. 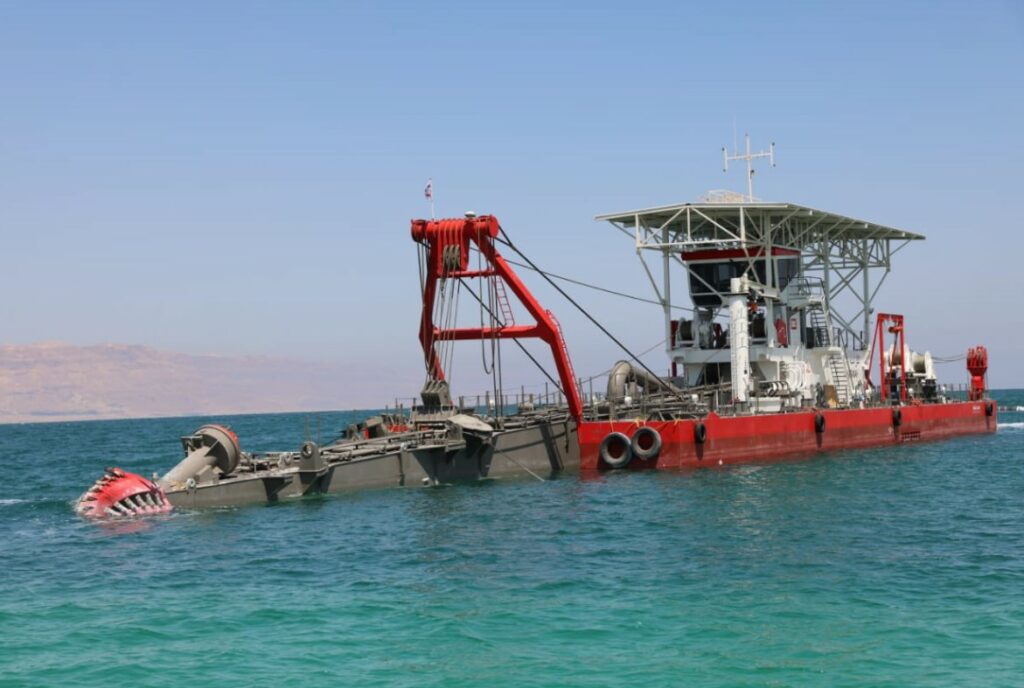