The Environment Agency (EA) has started works to repair a 40 metre slip on a flood defense embankment in Doncaster, which was damaged by last November’s floods.

The embankment, which lies between the River Don and the South Yorkshire Navigation canal at Mile Thorn in the Wheatley Park area of Doncaster, suffered from damage before and during last winter’s flood conditions.

The bank slip could be at risk of destabilizing the whole river bank if it is left unrepaired, said EA.

The £1.6 million works at Wheatley Park are expected to be complete by August and are part of an overall £32 million package of repair works across Yorkshire.

A large 42 tonne excavator has been transported to site using a pontoon, to help with the start of the repair works.

Large barges are being used to transport materials in to repair the bank. Rock bags in engineered bays will be used to make the bank much more resistant to erosion, said EA. 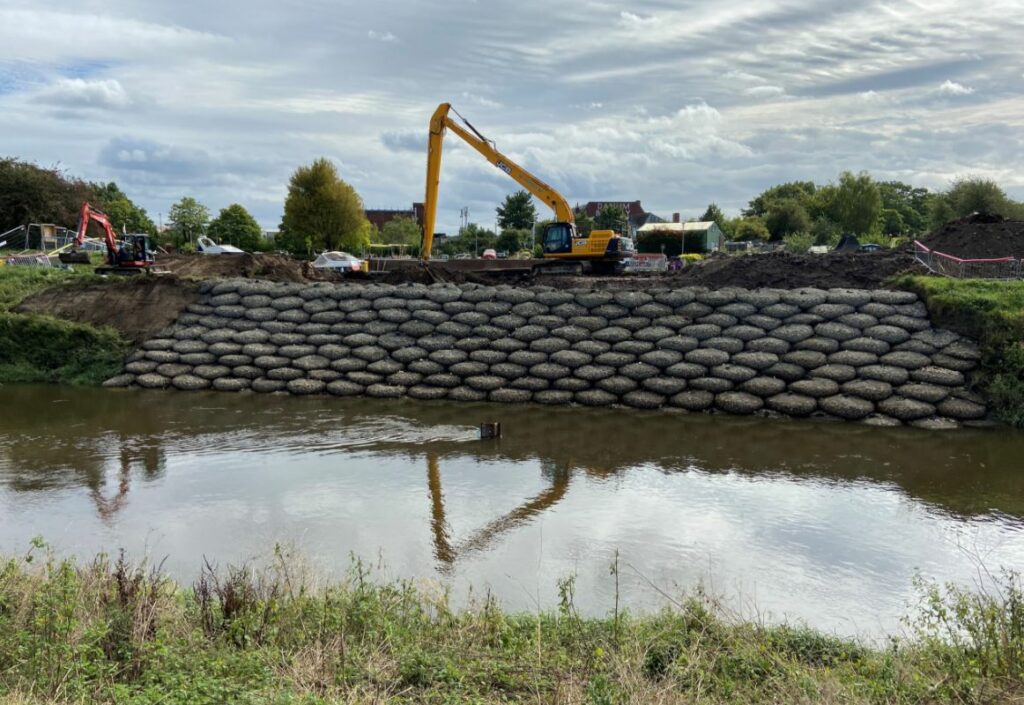