PSA Sines, the concessionaire for the container terminal at the Port of Sines (Terminal XXI), has officially launched the tender for the expansion of this port.

The expansion phase includes the construction of another 204 meters of docks in order to provide the terminal with a 1.150 meters long pier by the end of 2021, representing an investment of EUR16,5 million.

This is the first expansion phase after the renegotiation process for the Terminal XXI concession, which – in its final configuration – will present a 1.750-meter pier to be built in a phased manner.

In October 2019, the Administration of the Ports of Sines and Algarve (APS) and PSA Sines signed an amendment to the concession contract that allows new investments to be made regarding the expansion of the pier and the resizing and modernization of the terminal , projecting an increase in the annual handling capacity from 2,3 to 4,1 million TEU (20-foot containers).

Earlier this year, APS consigned the contract for the 3rd phase of expansion of the east pier of the Port of Sines, for an amount of approximately EUR72 million, including the extension of the pier in 750 meters, which it will make it possible to reinforce the protection of the east side of the port of Sines where Terminal XXI is located 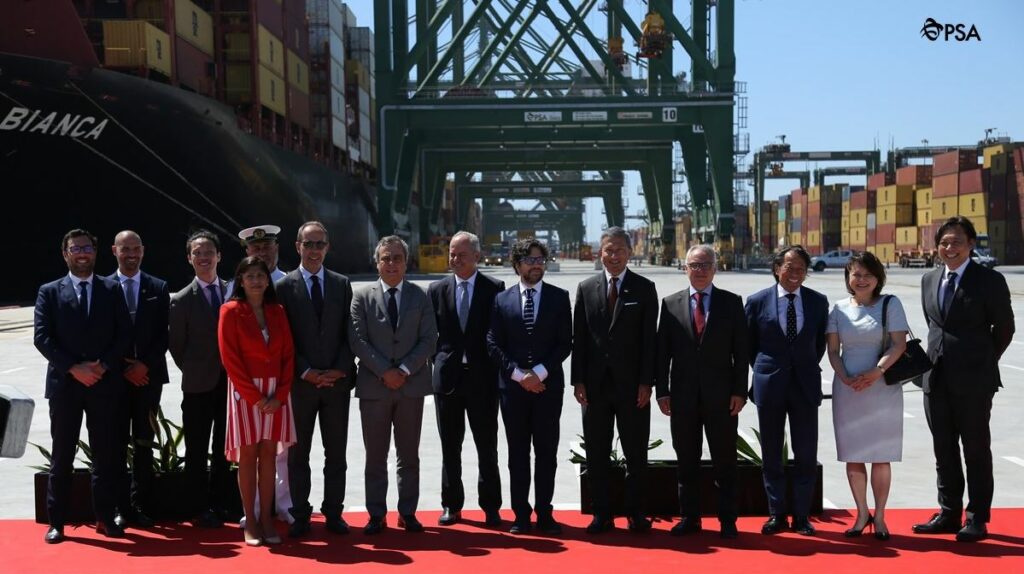