Barnstable County has just released the latest update on their dredging project. Dredge operations continued during the last week on Sampsons Island/Dead Neck for the Town of Barnstable.

The first phase was completed on Thursday, October 1, and the next step will be moving the pipe around to the inside of the island along the Seapuit River, running to the eastern end of the island.

The barge, along with the booster station and new fuel tanks, was towed to Sampsons Island on Friday.

Also, the booster is needed to pump the long-distance (approximately 10,000 feet) from the dredge site to the nourishment area.

Dredge operations with the Sand Shifter are planned to resume on Tuesday, October 6.

The Codfish II and pipe were towed back to Sampsons Island on Friday from the Mill Creek, Yarmouth project that was completed last week.

The Codfish II will be moving to Falmouth this week to start the Falmouth Inner Harbor project. 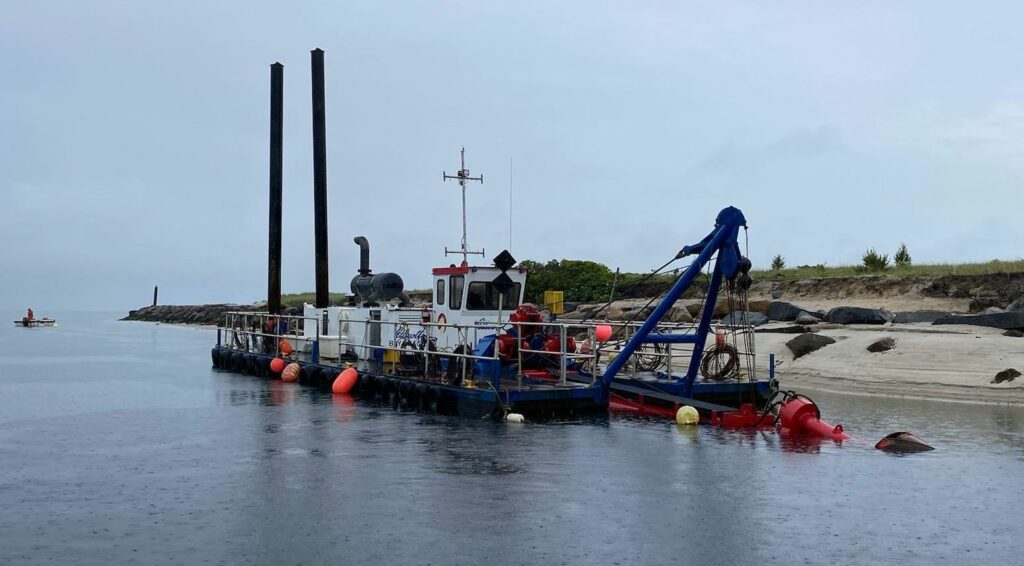