Eastland Port is currently preparing for the most extensive infrastructure upgrades and developments it has seen in more than 100 years.

A key part of this picture is the Twin Berth project. This is Eastland Port’s major redevelopment project to expand the port’s marine infrastructure to meet the needs of the region’s thriving industries, and allow for two Handymax (150-200m long) ships to be berthed at once.

“We would also like to create a coastal container terminal to expand the options for exporters, enabling more types of goods to be exported and imported via the blue highway,” Eastland Port stated.

Some of the wharves and other infrastructure are over 100 years old which means they need upgrading anyway, to continue to be fit for purpose.

“Since we first engaged with the community on these plans, several years ago, we’ve worked through the details with local hapu, iwi, and other key stakeholders – and have made a number of significant changes to accommodate and reflect their feedback.”

Stage one of the port redevelopment will begin this summer.

Major maintenance, repairs and upgrades for the slipway are due to begin early in 2021.

Construction work will involve removing the old rusted sheet pile wall, strengthening the river training wall, reshaping the slipway edge and armouring it with large rock boulders to stop any further erosion and enhance the habitat for juvenile crayfish and marine invertebrates.

The second project, to rebuild Wharf 7, will begin in the second quarter of 2021. The wharf was built in the 1960s and is at the end of its economic life and in need of replacement.

Contractors will demolish and then rebuild Wharf 7 so it is strong enough for mobile harbour cranes to operate on it, and provide a stronger, more resilient lifeline asset for Tairawhiti.

Next year a second resource consent application will be lodged by the port, which will encompass the second stage of the Twin Berth development.

This consent will cover the extension of the existing Wharf 8 structure, about one hectare of reclamation, upgrading the stormwater treatment in the Southern Log Yard to their award-winning system, and the rebuild of the existing outer breakwater structure.

“We are just starting the consultation process on this consent, as a follow-on from our stage 1 consenting process,” Eastland Port stated.

“Community engagement is a key part of this process and we plan to create plenty of opportunity to comment on the plans and provide feedback.” 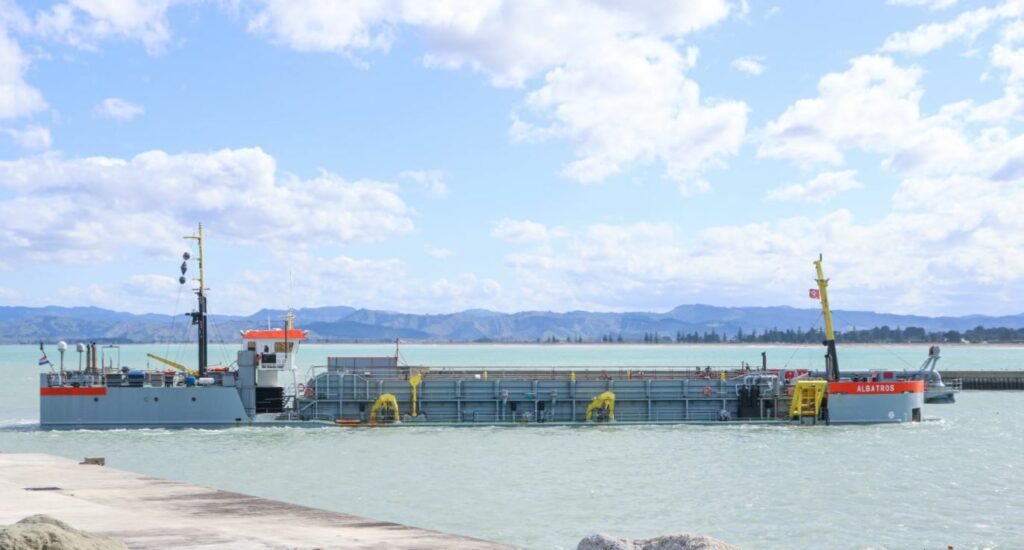