The Port of Vancouver, BC, Canada, has announced the latest update on the ongoing Centerm Expansion Project.

In the update, the port said that the land over the lagoon in the eastern expansion area continues to settle and will be removed in January 2021. The northeast perimeter dyke is now complete.

They also added that the infilling south of the caissons in the north end of the western expansion area is underway. A caisson is a concrete structure that is filled with rock to create an underwater wall.

These large boxes (20m deep, 37m long, 14.5m wide) were floated to the area and then filled with rock to create an underwater wall. They are used to build the new berth face for the Centerm terminal.

“We received approval to continue construction on the terminal from November 1, 2020 to April 30, 2021. Work will take place 24 hours a day, seven days a week, and is not expected to generate significant noise,” the port said.

The Centerm Expansion Project, delivered by Centennial Expansion Partners (CXP), is set to be complete by the end of 2021. 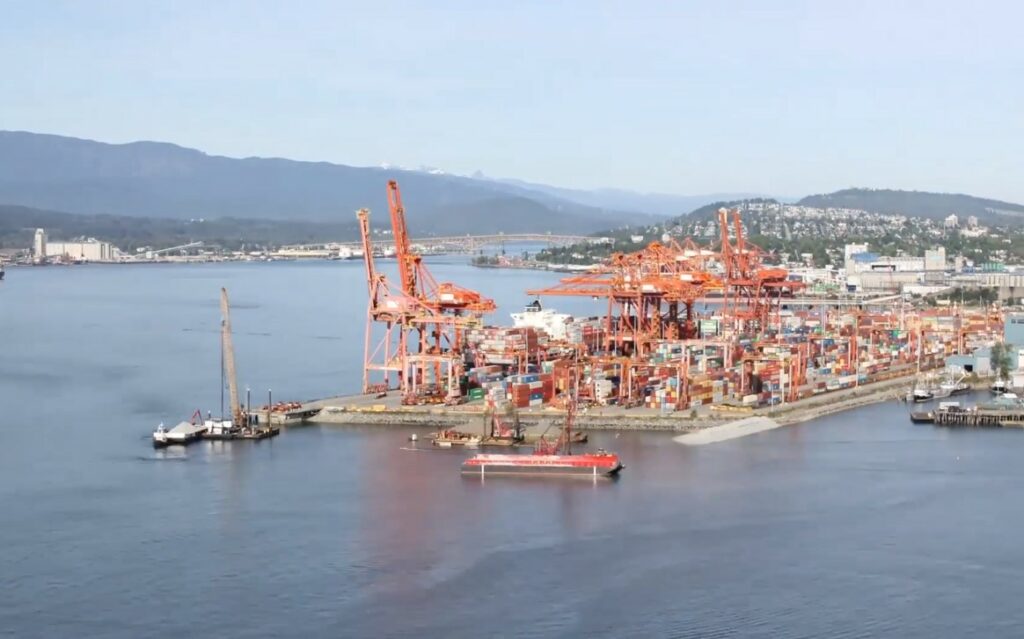