Southsea Coastal Scheme, responsible for delivering new sea defenses along 4.5km of seafront from Old Portsmouth to Eastney, has just released the latest update on their coastal project.

The dredger Sospan Dau successfully completed the first of two journeys to install the east and west temporary working platforms during the last week.

The eastern platform is now complete, with the vessel due to return in late November/early December for around 15 days.

“On Sub Frontage 1 (Long Curtain Moat), we continued the break out and removal of the existing west revetment and concrete apron, and this will be ongoing next week,” according to the announcement.

“We plan to commence hydro demolition removal of concrete against the Spur Redoubt in order to protect the historic structure next week.

“Over on the Pier Road Project Compound, we continue to establish a car park, while on the Clarence Pier Playing Field Compound, topsoil stripping is almost complete.

“We look forward to this site becoming our materials recycling and processing area so we can work towards delivering a zero waste project.”

The entire scheme is the UK’s largest coastal defenses project, worth more than £100 million. 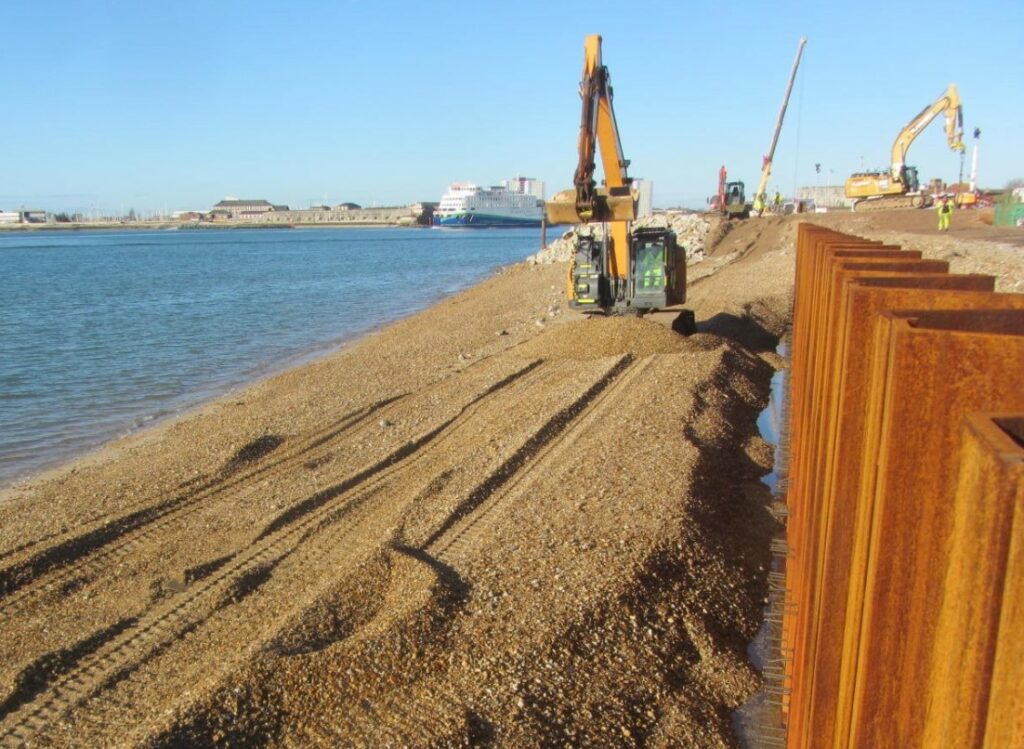