The Agency invites the public and Indigenous groups to comment on the draft Environmental Assessment Report, which includes the Agency’s conclusions and recommendations regarding the potential environmental effects of the project and their significance, the proposed mitigation measures, and the follow-up program.

The Agency also invites comments on the potential environmental assessment conditions for the project.

Final conditions would become legally-binding on the proponent if the project is allowed to proceed.

Written comments in either official language will be accepted until December 18, 2020.

The Montréal Port Authority is proposing to develop a container port terminal with a maximum annual capacity of 1.15 million twenty-foot equivalent units (TEUs) on its property in Contrecoeur.

The project would include the construction of a 675-metre dock for two berths to accommodate vessels ranging from 39,000 to 75,400 deadweight tonnes (DWT).

The project would also include the development of a seven-track classification yard, a container storage and handling area, an intermodal rail yard, support facilities, rail and road accesses, and a truck control area.

The start of the construction phase is scheduled for 2021. During operation, between 56 and 156 ships per year could dock at the new terminal.

Although the hydraulic dredge offers more control points for dredging, it would present challenges, particularly with respect to water and dredged sediment management.

The proponent concludes that both techniques could be used while respecting water quality criteria for dredging monitoring and minimizing sediment accumulation rates in the grass beds located downstream.

With the private partner that would be retained for the project, the proponent plans to continue improving work methods in order to find a solution that would further reduce the rates of sediment accumulation in the grass beds and present the results to the authorities concerned (Fisheries and Oceans Canada in particular).

This exercise would be carried out during the regulatory review phase, if necessary. 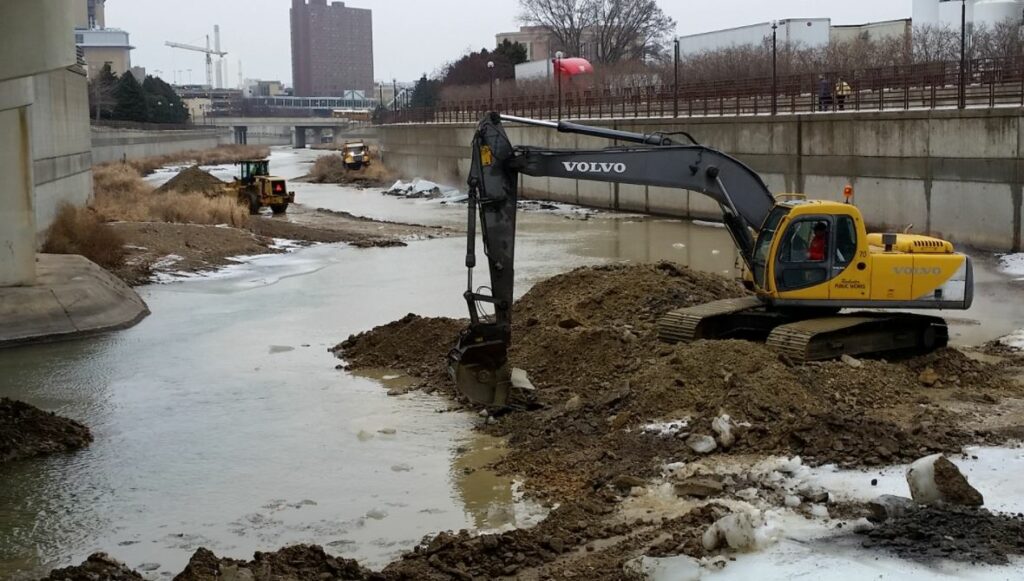