Work on second section of Dawlish sea wall kicks off

Network Rail has started work on the second section of the new, bigger sea wall at Dawlish, Devon.

The goal of the scheme is to protect the railway and town from rising sea levels, and extreme weather, for generations to come.

Construction of this next section of the £80 million upgrade will take around two years to complete and follows years of detailed studies, designs and joint working between world-leading marine, coastal and railway engineering experts.

The first part, from Dawlish station to the Coastguard breakwater east of the station is expected to be completed in late 2021. The final part between the station and the Colonnade breakwater will start to be built shortly after.

A major aspect of this work involves the use of an innovative eight-legged, self-contained walking jack-up barge, known as a ‘Wavewalker’.

The ‘Wavewalker’ is only one of its kind in Europe and it will be the first time this type of barge has been used to maintain the UK rail network.

This innovative piece of equipment will be used by contractors BAM Nuttall to safely access the sea face of the railway embankment along Marine Parade and help deliver the piling at the sea wall.

The ‘Wavewalker’ benefits from being able to operate across high tidal ranges that particularly impact the south Devon coastline, that would otherwise restrict the number of hours it is possible to safely work on the sea wall.

Once complete, the 415 meter section of new sea wall will be higher than the existing wall; have a curved edge to send waves back towards the sea; have a high-level, wider and safer promenade; pedestrian access to the beach and an accessible station footbridge with lifts.

As part of Network Rail’s commitment to spending money locally, the scheme will also deliver an important boost to the south Devon economy with as much as £10 million expected to be spent with local businesses during the second phase of work.

This follows the £5 million spent on local labor, materials and accommodation during the first section of the new sea wall, which was completed earlier this year. 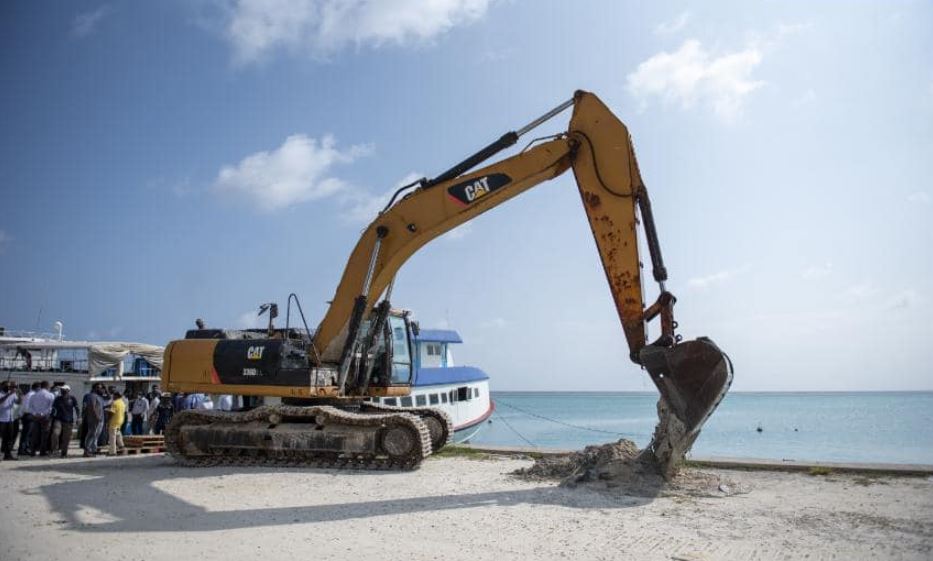