The U.S. Army Corps of Engineers, Portland District has just reported the completion of preparatory maintenance and repair works on board the hopper dredge Yaquina.

“USACE is having maintenance done on engines and draghead winches, along with numerous other items on the dredge Yaquina in wet berth in Seattle,” the Army Corps said.

Over the past two weeks, USACE worked hard to prepare Yaquina and her younger sister, the Essayons for the upcoming drydocking at Vigor shipyard.

These Portland District’s hopper dredgers will stay in Seattle over the winter to receive much needed maintenance and repairs.

Since their launch in 1980 and 1983, the Yaquina and Essayons have been working hard to ensure a safe ‘highway’ for container ships and other vessels.

The Essayons, operated by a merchant marine crew, helps maintain the entrance bars, rivers and harbors on the coasts of California, Oregon, Hawaii, Alaska and, in emergencies, the Mississippi River. Because of its size and dredging depth, the Essayons is well-suited for dredging work in larger coastal entrances.

The Yaquina helps to maintain the entrance bars, rivers and harbors on the coasts of Oregon, California and Washington. 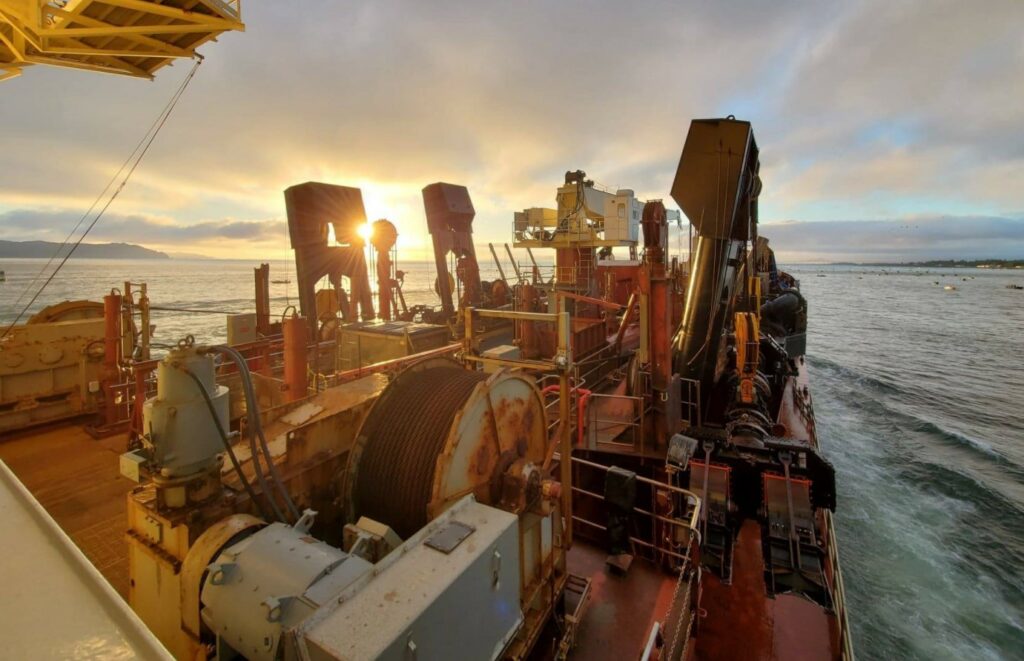