Curtin Maritime to dredge the Port of Hueneme

The U.S. Army Corps of Engineers, Los Angeles District is beginning a dredging project at the Port of Hueneme main channel to maintain the proper channel depth.

According to the Army Corps, Curtin Maritime Corp. will dredge the main channel starting Jan. 5 with a projected completion date of March 27.

The contractor will be deepening the port’s federal navigation channels by dredging 385,000 total cubic yards of material. Deepening the harbor will accommodate Panama-sized vessels, which are currently unable to load to their maximum capacity.

Under the plan, approximately 360,000 cubic yards of dredged material will be used to replenish the beach to mitigate beach erosion, which is the most sand placed on and near the beach since 2009.

Another 18,000 cubic yards of unsuitable material will be placed in an existing confined aquatic disposal site in the harbor, reported the Corps.

“The project will complement the recently completed berth deepening to enable more efficient cargo operations,” Decas said, “and the clean sand will be used for on- and near-shore beach nourishment for the local Port Hueneme Beach – a true win-win for the port and the community.”

The total cost of this dredging project is $10.4 million. 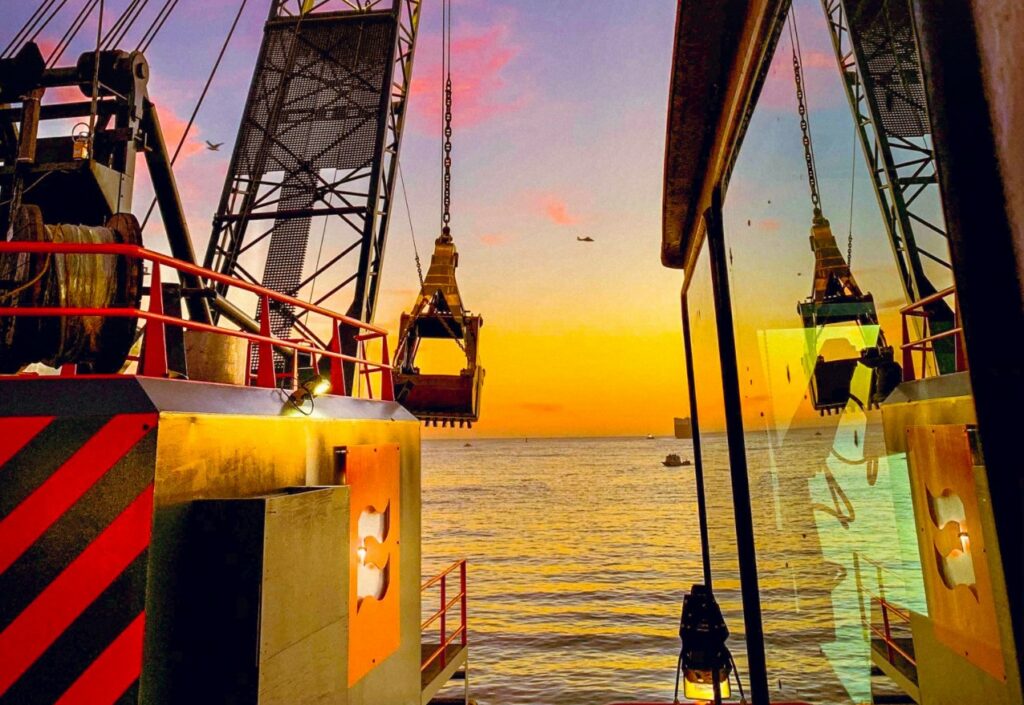