Great Lakes Dredge & Dock (GLDD) has shifted the start of Phase III of the Post-Florence renourishment project by a couple of weeks, informs the Carteret County.

GLDD’s hopper dredge Liberty Island is thus scheduled to start on February 12th in Reach 1 (far west Emerald Isle) rather than during the last week of January as initially planned.

According to the county officials, the mobilization process is in full swing as equipment is being delivered to the Dog-Leg 4WD Access. The contractor has already set the 1st submerged pipeline (“subline”) in Reach 1 two days ago (1/19/2021).

“Sand will be pumped through this subline once the hopper dredge Liberty Island arrives as pipe will be added to the subline to pump sand west, then east from the subline landing point at the Point Emerald Villas/Lands End boundary,” said Carteret County in the update. “Again, we are expected to dredge, hold, sail, and pump-out the first load of sand from the ODMDS borrow site on February 12th.” 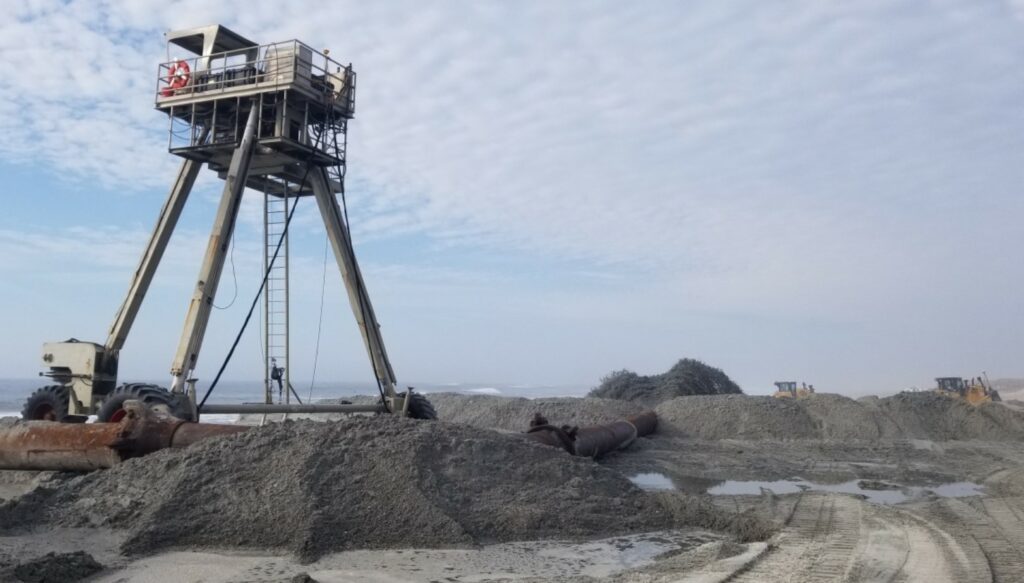