This past Sunday, Great Lakes Dredge & Dock took advantage of the calm seas and set the 2nd submerged pipeline that will be used for Phase III of the Post-Florence renourishment project.

According to the Carteret County Shore Protection Office, the 2nd pipeline was set just west of Bogue Inlet Pier in Reach 3.

These submerged pipelines will be “leap-frogged” west to east across the project as nourishment progresses in that general direction.

In their latest update, the county also announced that start date for the works has been pushed back to roughly February 20th.

“The hopper dredge Liberty Island and Ellis Island have encountered issues at their current jobs in Florida and South Carolina, respectively causing some scheduling changes in terms of their arrival times here,” the county officials said. “The arrival of the dredges could now nearly coincide with one another to help complete the project before the April 30th environmental window closes for the sea turtle nesting season and other biological resources.” 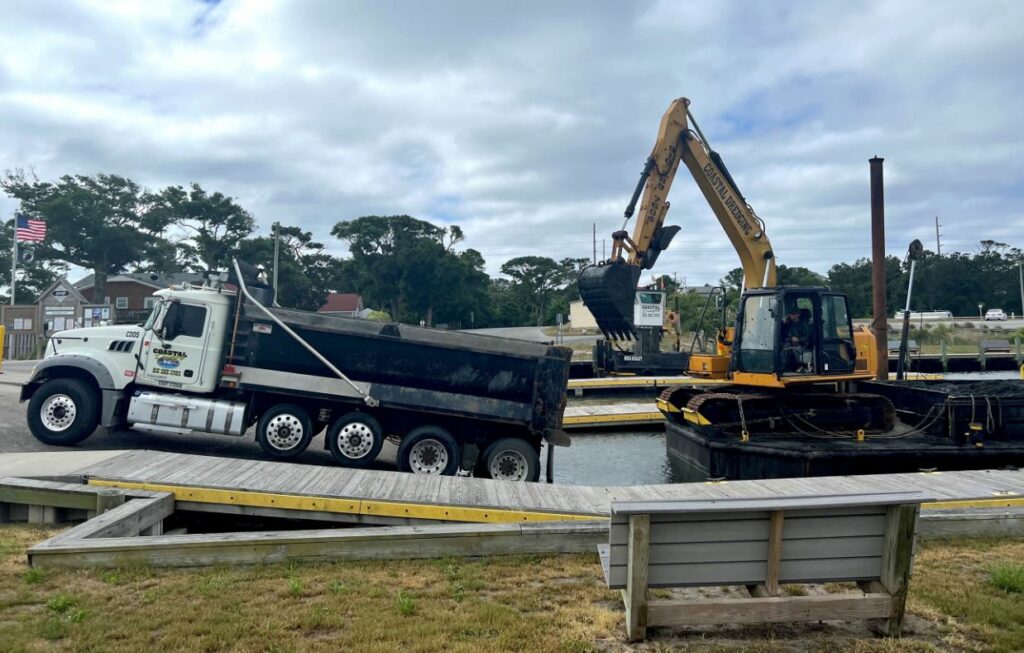