Following recent storms, the isolated groyne (no.54) at West Beach Hayling Island has suffered irreparable damage and is posing a significant health and safety risk, informs the Coastal Partners.

According to their report, this groyne is no longer effective at holding beach material, and will therefore be removed from the beach on Friday, 19th February 2021 over low tide.

“Some of the work may be undertaken during non-daylight hours to coincide with the low tide, with appropriate safety precautions in place,” said Coastal Partners. “The timber structure will be removed to the work compound located in the former West Beach car park, which is currently in use for our beach management works.”

The timber sea defences at West Beach were constructed in 1976 in response to beach erosion. Inn-on-the-Beach was previously a lifeboat station when the coastline was further seaward in the 1900s, but subsequent structural changes, impacted upon the predominantly east to west sedimentation flow arriving on West Beach.

Founded in 2012, Coastal Partners is a partnership between four councils who manage 162km of Hampshire’s coastline. The highly skilled team of coastal engineers and officers lead on coastal issues, such as managing flooding and erosion risk, plan design and manage construction of new coastal defence schemes and inspect, manage and maintain existing coastal assets whilst planning for the future. 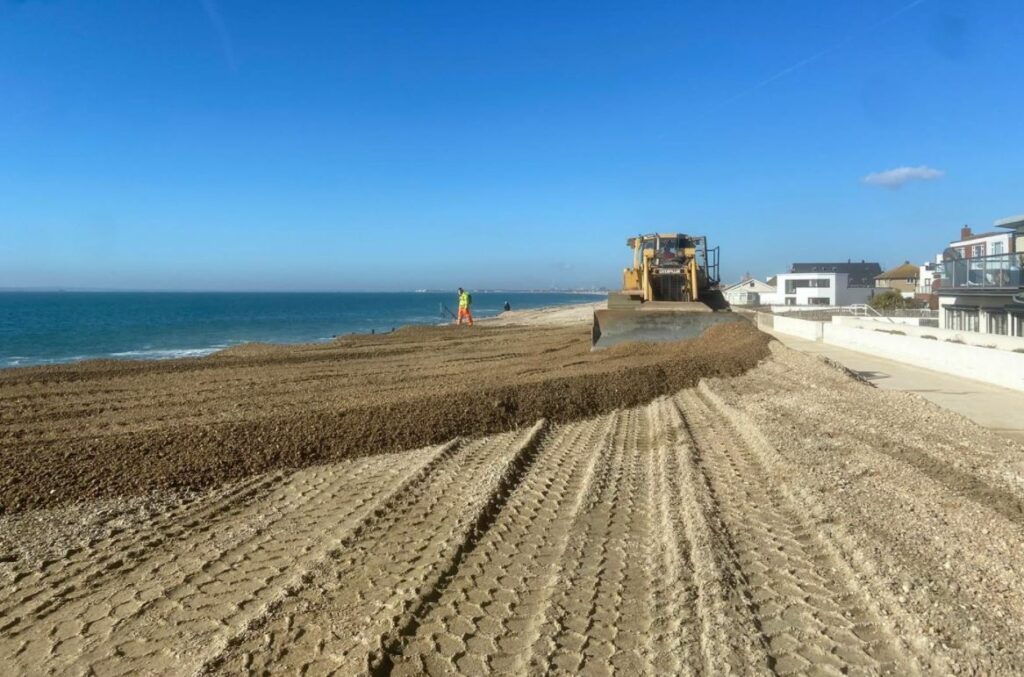