Great Lakes Dredge & Dock’s hopper dredge, the Liberty Island arrived this Monday but has to undergo a repair (welding) while anchored at one of the Morehead City Port berths before work can start.

The vessel Lady Paige has begun trawling the ODMDS borrow site as part of  endangered/threatened species relocation efforts to minimize any interaction with the dredge.

“We anticipate dredging to start late today, with the first load being delivered to Reach 1 (far western Emerald Isle),” said the County.

“With respect to the second dredge scheduled to work on the project (the Ellis Island) – while still tentative, her arrival is expected sometime on March 17th/18th.  The Ellis Island will work in tandem with the Liberty Island until the project is completed by the April 30th deadline. Initially, we are planning for the Liberty Island to service the 1st submerged pipeline (subline) landing in Reach 1 and the 2nd subline landing in central Emerald Isle, located west of Bogue Inlet Pier.”

The Ellis Island, when she arrives, will begin pumping from subline 3 and then leapfrog to subline 4 – both of which are located east of Bogue Inlet Pier 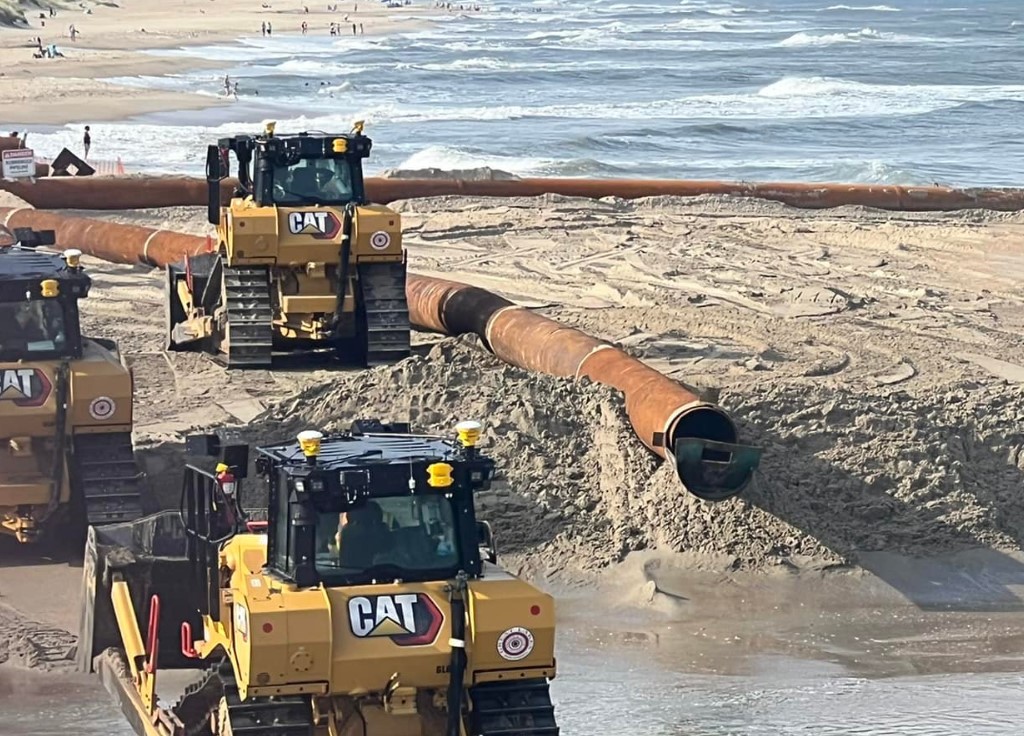