The Port of Rotterdam has just announced that experiments are being conducted to determine the reuse of clean dredged material in Rijnmond area.

These practical trials at three locations in the Rijnmond area should provide insight into the possibilities for reusing dredged sand and sludge elsewhere in the area.

At present, a lot of sediment from the Rhine-Maas Entrance disappears into the sea or depots, whereas it is desperately needed further upstream in areas such as for nature reserves.

The aim of the ‘Rijnmond Sediment Field Trial’ project is to hold onto the dredged sand and silt in the natural system of the Rhine-Maas Entrance for as long as possible.

The Deltares research institute and the Directorate-General for Public Works and Water Management, which are among the project’s initiators, believe this will benefit the environment and the safety of the delta.

According to the project leader, Kees Sloff of Deltares, it roughly involves the area west of Dordrecht, bounded by the Nieuwe Waterweg to the north and the Haringvliet to the south. “Areas no longer naturally silt up, partly due to the system of barriers, resulting in a lack of tidal movement. At other places, for example in the ports, there is actually too much silt and dredging is required.”

For example, 15 to 20 million cubic metres a year are dredged from the Rotterdam port area and access channels alone. In addition, projects such as the construction of the Blankenburg Tunnel under the Nieuwe Waterweg produce a lot of sediment.

In the Rijnmond Sediment Field Trial, practical research will be conducted into which applications work well and what is required. The trial will be conducted at three different locations that are yet to be decided upon, but where maintenance and development projects are already planned.

For example, Sloff mentions filling scour holes in the riverbed with sand. Scour holes present a hazard to safety because they affect the stability of banks and dikes. The rising sea level will only make this problem more urgent.

“We want to find out if there’s a smart way of combining the filling of the scour holes with a method similar to the one used for the Sand Motor to prevent the river causing further erosion. We also want to know how the sand moves, whether it would hinder shipping and what the consequences for wildlife would be. So, we’re going to monitor all of that,” said Sloff.

In addition to Deltares and the Directorate-General for Public Works and Water Management, the Port Authority, the World Wildlife Fund, Natuurmonumenten, the Hollandse Delta waterboard, Wageningen Marine Research and De Vries & Van de Wiel Dredging are also participating in the project, which will last four years. The Netherlands Enterprise Agency for Top Consortia has awarded a grant to Knowledge and Innovation (TKI). 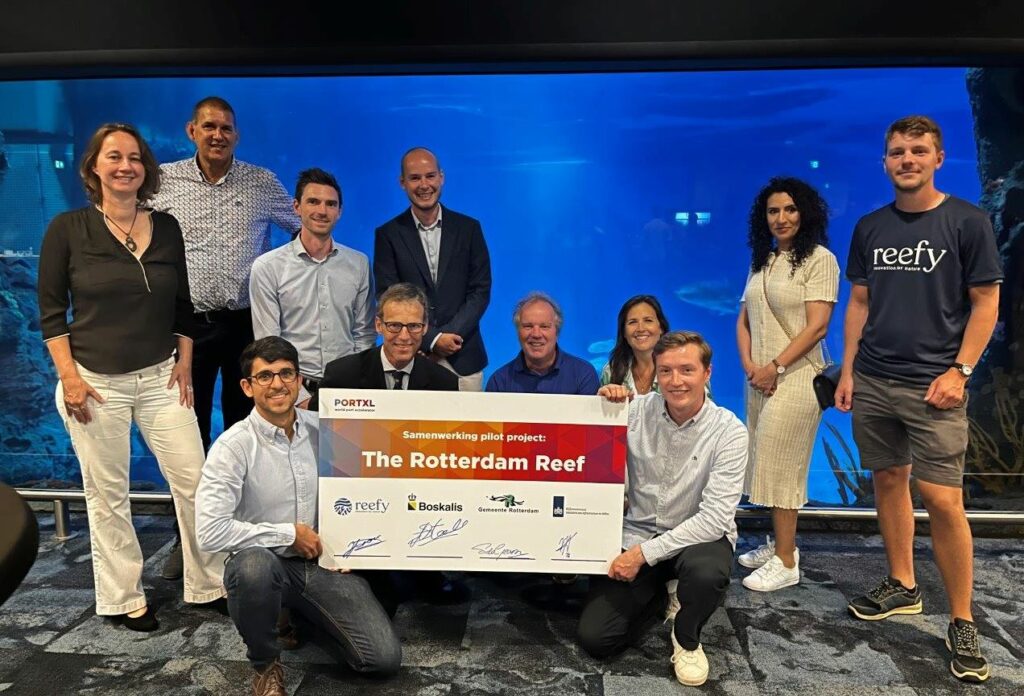