After successful completion of the commissioning tests on the Dutch coastline and Haringvliet, Royal IHC officially handed over the cutter suction dredger (CSD) MOHAB MAMEESH to the Suez Canal Authority (SCA) on Thursday 18 March.

With the delivery of the 29,190kW heavy-duty rock CSD, SCA now owns one of the most powerful dredgers in the world.

With an overall length of 147.4 metres and a total installed cutter power of 4,800kW, the MOHAB MAMEESH can dredge to a depth of 35 metres. There are also accommodation facilities on board that can house over 70 people.

The new dredger will primarily be deployed to maintain and improve the artificial sea-level area that connects the Mediterranean and Red seas. As the vessel was designed in close cooperation with SCA, it has the capacity to work effectively in the harsh conditions of the region.

“We were confident from the start of the project that Royal IHC was the right partner for this important assignment,” commented SCA’s Chairman and Managing Director, Admiral Osama Rabie. “The MOHAB MAMEESH is a truly impressive vessel and many people are enthusiastic to see it performing live operations as soon as possible. We expect to achieve incredible results with this state-of-the-art CSD for many years to come.”

Royal IHC’s CEO, Gerben Eggink, added: “I’d like to reconfirm the sentiments we held at the start of this journey, that we were – and remain – truly honoured that SCA placed its trust in Royal IHC for such an innovative vessel. A great deal of hard work and dedication has led to this moment, and many people will feel deep satisfaction at seeing the final result. We would like to wish the owners and crew of the MOHAB MAMEESH good fortune and smooth sailing.”

The newbuild will now be transported to Egypt. It will be first loaded on to a semi-submersible cargo vessel next week, after which it will depart from Rotterdam to the Suez Canal. Its sister vessel – HUSSEIN TANTAWY – is expected to depart for sea trials in the next couple of months. 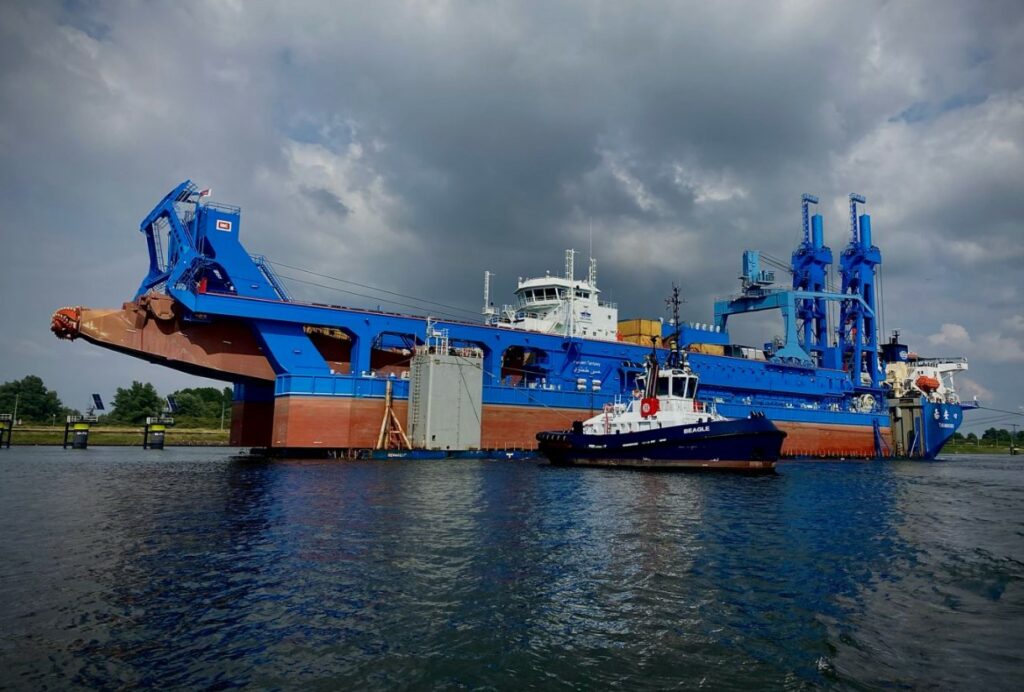