The Dare County Board of Commissioners (BOC) have approved a request to provide the additional funding needed to keep USACE dredge Merritt working in Hatteras Inlet long enough to break through shoaling in the South Ferry Channel.

This is a move that will be a game-changer for local commercial fishermen who rely on a fully open and navigable waterway, said the County.

The USACE began a 28-day dredging project within Hatteras Inlet earlier this month in an attempt to break through the shoal that has formed in the South Ferry Channel and rendered the waterway impassable to the vast majority of vessels.

The initial plan for the Hatteras Inlet project called for the USACE’s sidecaster dredge Merritt to cut through the sandbar and, once the channel was deep and wide enough, for the Murden, a shallow-draft hopper dredge, to complete the project by removing the remaining sand from the channel.

“However, after four days of dredging, the Merritt had only reached the sandbar that had sealed off the channel, and more time would be required to break through the shoaling so the Murden could be brought in,” the County said.

At a project update given during the March 8 Dare County Waterways Commission meeting, USACE representative Joen Petersen announced that, despite the USACE’s efforts, considerably less progress than anticipated had been made to break through the sandbar – due in part to the exceptionally low tides that had occurred during the dredging period.

With the Merritt’s allotted time in the waterway limited and options for alternatives running out, the Waterways Commission sought assistance from the Dare County Board of Commissioners in securing the funds necessary to allow the dredge more time to tackle the shoaling issues taking place in the South Ferry Channel.

The board approved the request for funding, making $60,000 available for the project. That contribution – which will be cost-shared with a grant from North Carolina’s Shallow-Draft Channel Navigation and Aquatic Weed Fund – sent a total of $240,000 to the USACE to pay for 12 additional days of desperately needed dredging. 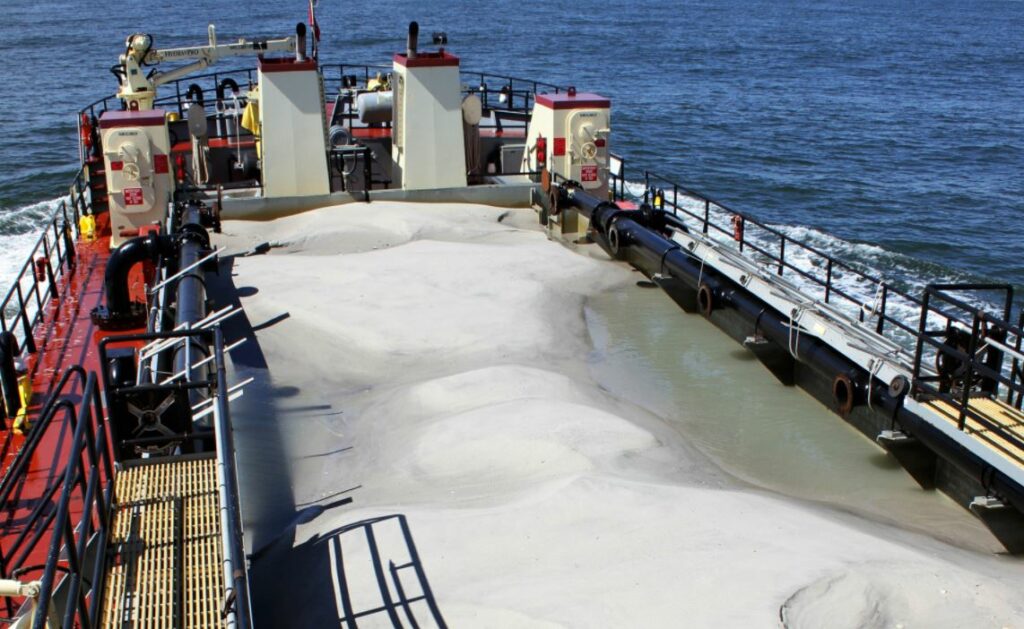