The virtual event was officially opened by Dr Martin Hurst, Chair of the Southern Regional Flood and Coastal Committee (SRFCC).

Work on the £25m Hythe Ranges scheme started in spring 2020 and was successfully and safely completed during the Covid-19 restrictions. Due to the rigorous health and safety measures applied, the site did not have a single positive test of Covid-19.

For the project, the contractor pumped shingle to the beach via pipeline from a licensed dredging area south of Eastbourne. This was then spread on the beach using dumper trucks, excavators and bulldozers.

During the opening ceremony, officials also presented a video about the scheme and its construction. 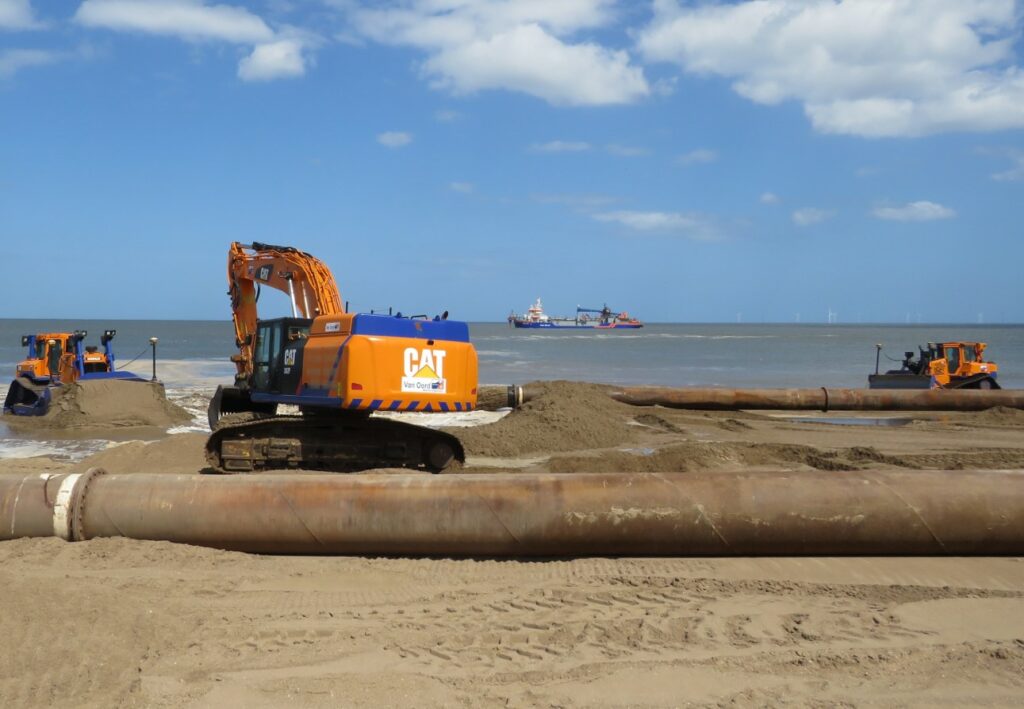