Summer is approaching, and Femern A/S is working on ‘high pressure’ to establish a new beach west of Rødbyhavn, Denmark.

This sand comes from Vejsn æss Flak in the South Fyn Øhav and is currently being pumped onto the beach by the hopper dredger ′′Njord R′′ from Rohde Nielsen A/S.

As reported, this work will continue for the next few months, so the West beach is ready for the first swim guests this summer.

Later Femern A/S will add a Lagunestrand and Soupestrand to a total future natural area of 125 hectares on the west side.

As part of the Fehmarnbelt project, new land areas are being established on the south coast of Lolland and the northern coast of Fehmarn. Beaches and dunes as well as wet and dry natural and grazing areas of both recreational and natural value will characterise the new landscape.

The new land areas are being built from the dredged soil from the construction of the tunnel, the production sites and work harbours. These areas will be established on an ongoing basis as the soil from the seabed is dredged.

How the land areas will be established

The first stage is to establish a dyke with revetments in order to contain the sea areas to be filled with soil. The dyke will restrict sediment spill into the sea when the dredged soil is deposited behind it.

The dredged material from the trench of the tunnel will be transported on barges to the coastal areas where it will be used to build a large new natural area. There will be a small opening in the dyke through which the barges will be able to sail in and out. 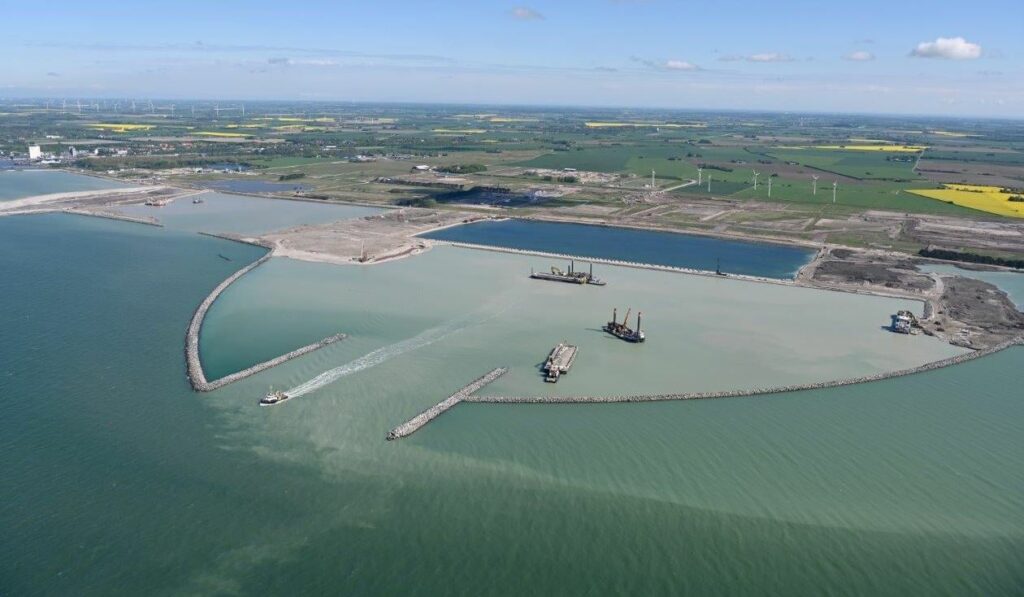