Dredge Yard today released a video of its new DrillCutter testing that ensures less spillage, less turbidity, and environment-friendly cutting while increasing the productivity of the dredger.

The DrillCutter prototype was tested on a CSD500 dredger in the coastal waters of the Arabian Gulf.

Compact and loose soil that is less cohesive and produces more spillage was chosen for testing the new cutter.

During the testing, the influence of the new blade design, suction velocity, material inflow to the pipe, electric motor performance, and several other parameters are monitored and recorded.

It is observed during the testing with the improved blade design the cutter shows the tendency to scoop more material inside the Archimedean screw and prevents it from falling due to gravitational or rotational forces. The airfoil portion of the blade is holding the material without allowing them to fall off from the blade.

In the conventional cutter head since the suction mouth is located at the bottom of the cutter, there will be material fall down to the sea bed.

During the test, it was noticeable that the turbidity is low and directly sucked inside the cutter head. The low turbidity was a result of the water flow through the closed blade system.

The performance of the ring motor that drives the cutter head was another achievement during the test, said Dredge Yard.

The motor provides sufficient torque and speed to turn the cutter without any stalling or damages.

The depth to be dredged was achieved in one swing without the need for the undercut or cleaning the remaining spillage. This increases the efficiency of the dredger and reduces the dredging time significantly, concludes Dredge Yard. 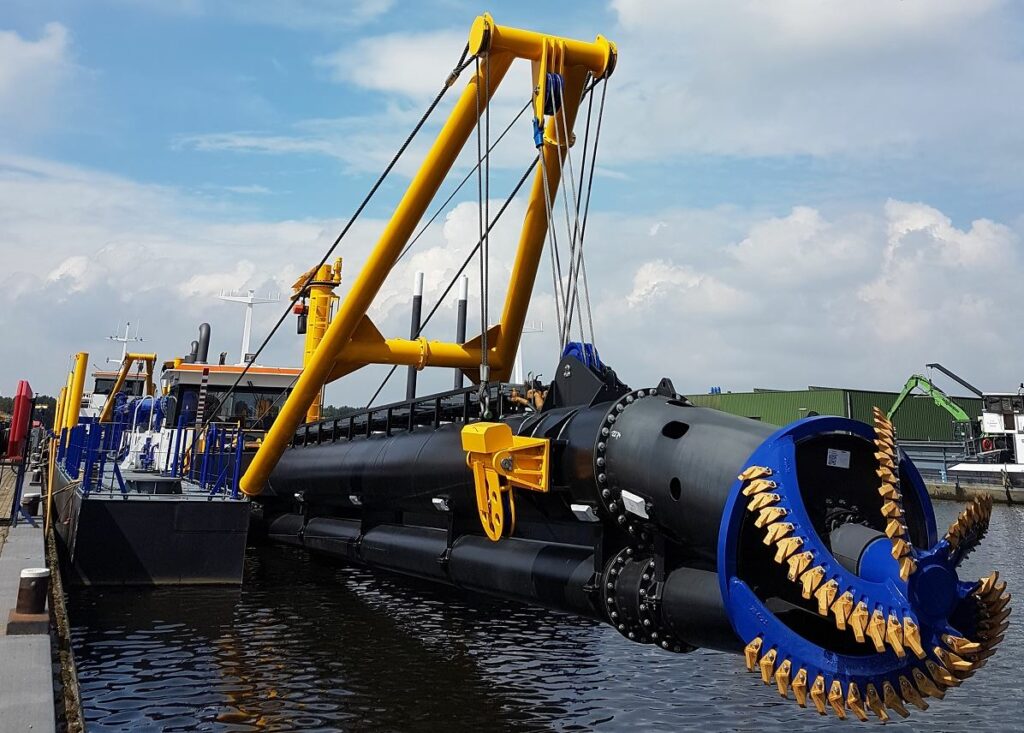