Construction of the South Harbour is continuing at pace, and changes can be seen on site nearly every day, reports the Aberdeen Harbour.

As reported, at least 30,000 tonnes of rock and core material has been imported to the project last month to be used for the South Breakwater.

The scale of the North Quay is now very clear, with more than 40,000 tonnes of infill material now placed behind the caissons.

What to expect at the South Harbour site in May:

In their latest update, the harbour officials also released a video of the Accropode. More than 9,000 accropodes are being made for the North and South Breakwaters. Project Director, Keith Young, explains how they are made and why they are so important for the port… 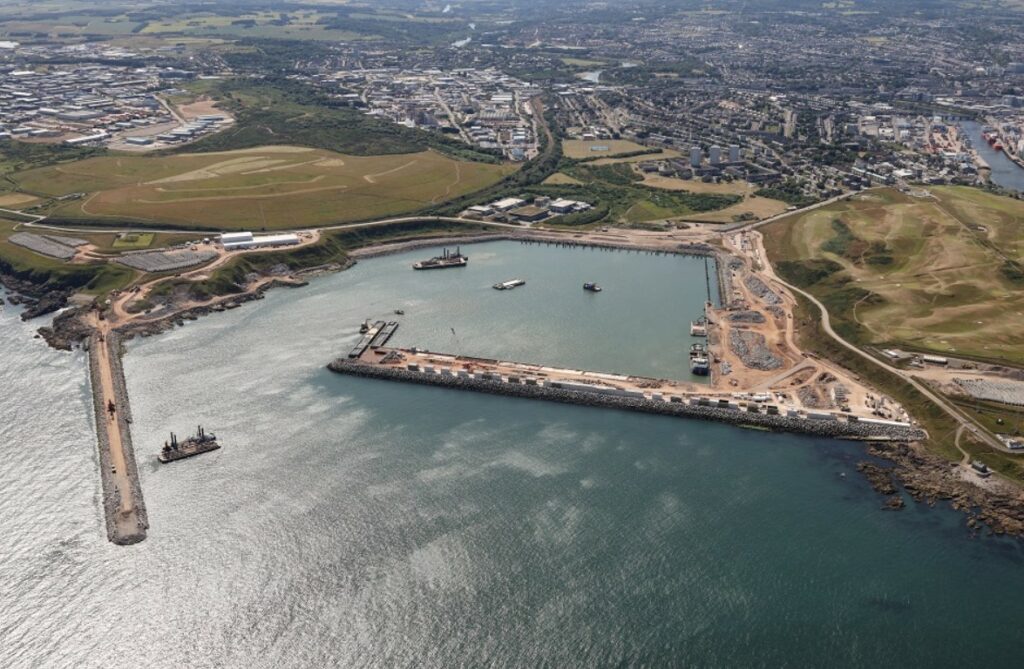