Port of Trelleborg has announced another milestone in their port expansion project with the completion of two new ferry berths.

According to the officials, the Scandinavia’s largest RoRo port, has now two new berths under operation.

The new berths will move ferry traffic farther away from the center of Trelleborg. This generates considerable environmental advantages such as better air quality and it also improves logistics, cuts time and increases safety in maneuvering ships in the port.

Construction work, conducted by Peab, started back in June 2020. In order to expand the port, a new land mass had to be built on the ocean.

Dredged material was brought up from the ocean floor, stabilized and paved to later become part of the new port. 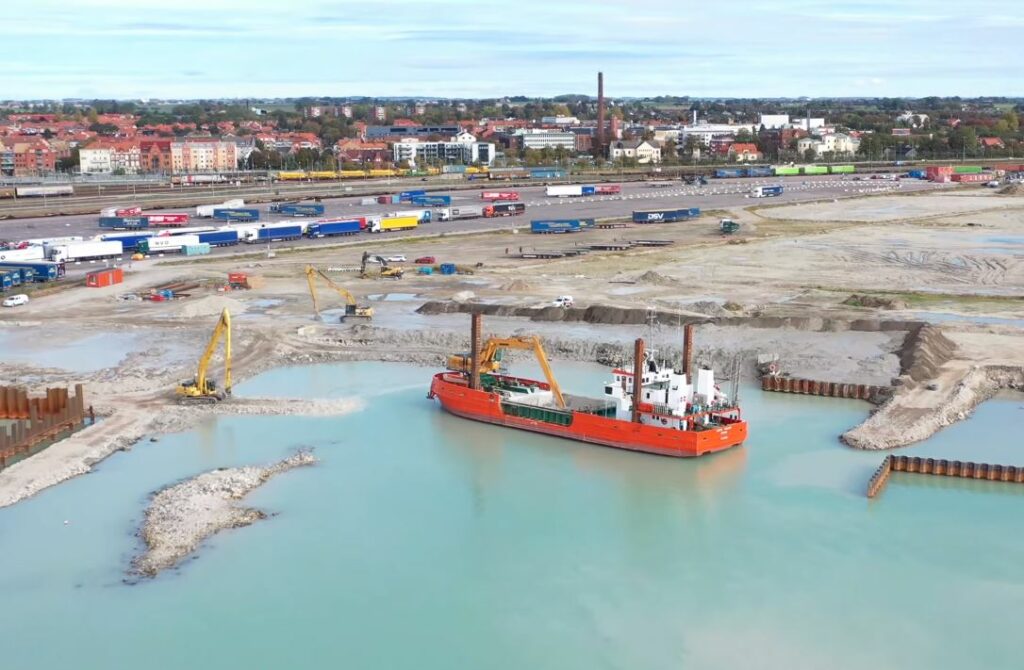