Since early 2020, Boskalis has been working on the marine infrastructure to connect an onshore natural gas-fired power plant to an offshore Floating Storage and Regasification Unit (FSRU) in El Salvador.

This included the construction of a two-kilometer-long gas pipeline including a trenchless shore crossing by means of a micro tunnel from the power plant into the sea followed by the dredging of an offshore pipeline trench.

The 24-inch pipeline was pulled through the micro tunnel and trench by the company’s powerful construction support vessel BOKA Falcon that also installed the Pipeline End Termination and mooring system for the FSRU.

Later this year, Boskalis will begin works on the final phase of the project when they will assist with the mooring and hook up the FSRU that will receive the LNG for the power plant.

Furthermore, the company officials took the opportunity to congratulate the project team and vessel crews with this great achievement. It was a true demonstration of the versatility of Boskalis’ services in dredging, offshore energy and civil engineering. 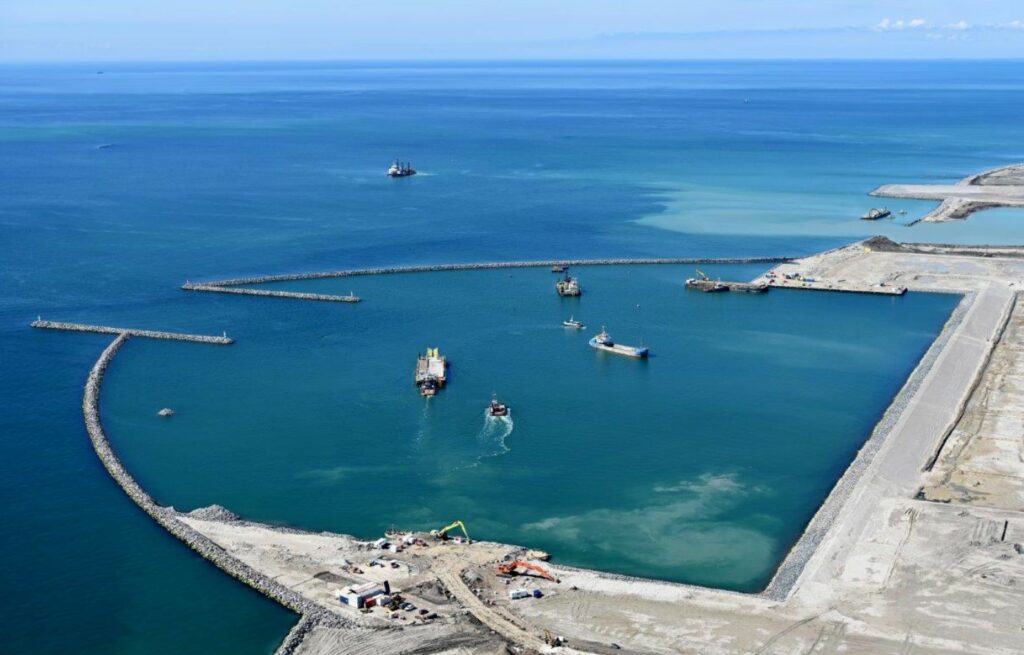