The ongoing dredging work in the Ganga on a stretch between Ramnagar Fort and Malviya rail-road bridge is nearing completion, The Times of India reports.

The piles of sand removed from the Ganga has helped create a sand island that could be used to host various activities.

“We had started this project worth Rs 11.95 crores ($1,6 million) in March. Maximum work of creating a new channel of Ganga stream on the right bank has been completed and the project will be over by June 15. The work done so far has turned the sandbanks between the two channels in an island shape,” said irrigation department’s executive engineer Pankaj Verma.

“This multipurpose project is reducing the velocity of water flow which was eroding ghat steps and threat to historical buildings was increasing. While creating a new channel we have ensured the actual stream does not shift away from the ghats,” he added.

“The work has been done in such a way that when the project is fully complete, 60% river water will pass through the old stream on the left bank and the remaining 40% will be through the new channel towards the right bank.”

The average depth of river on the ghat side is 10 metres, while the depth of the new channel is 7-8 metres. 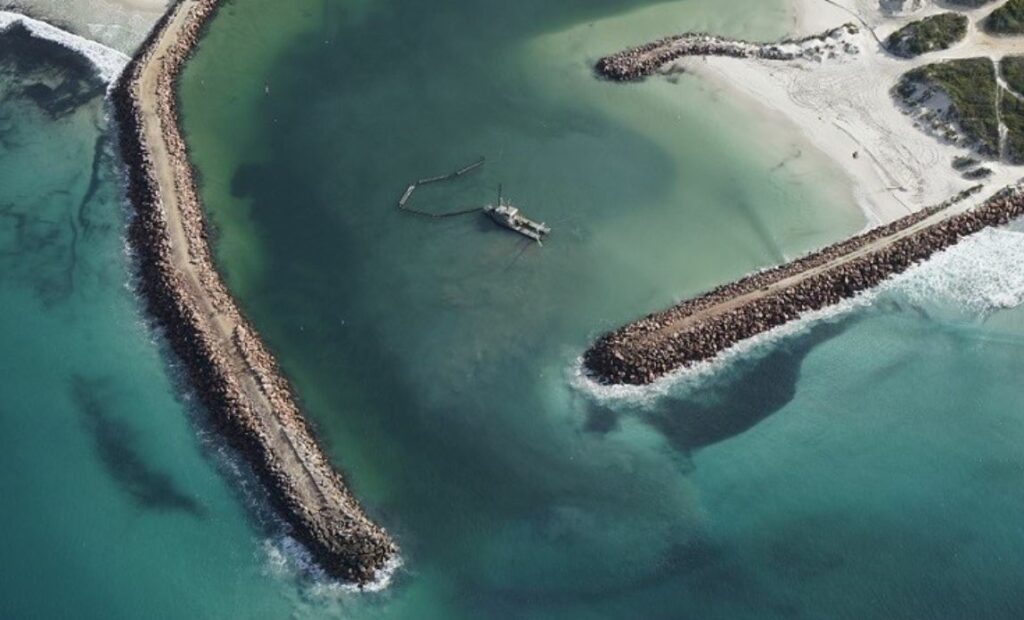